The 20th Annual PEN Oakland-Josephine Miles National Literary Awards will take place on Saturday, December 11, 2010, at the Oakland Public Library, Rockridge Branch, 5366 College Avenue from 2 to 5 p.m.
The ceremony, which will be followed by a reception and book signings, is free and open to the public. Former state Senate President Pro Tem Don Perata will be the keynote speaker.

PEN Oakland, founded in 1989, is a chapter of PEN International, founded in 1921.
Dubbed "the blue collar PEN" by the New York Times, PEN Oakland annually sponsors the PEN Oakland-Josephine Miles Book Awards, named for the late poet and faculty member of U.C. Berkeley's English Department. This year marks the 20th anniversary of the awards.
Each year PEN Oakland presents an award to outstanding book titles published in the previous year. 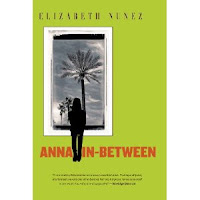 Journalist Richard Prince is the winner of the 2010 Censorship Award.

How do you keep a people down? ‘Never' let them 'know' their history.

The 7th Cavalry got their butts in a sling again after the Little Big Horn Massacre, fourteen years later, the day after the Wounded Knee Massacre. If it wasn't for the 9th Cavalry Buffalo Soldiers, there would of been a second massacre of the 7th Cavalry.

I know you’ll enjoy the novel. I wrote the story that embodied the Native Americans, Outlaws and African-American/Black soldiers, from the south to the north, in the days of the Native American Wars with the approaching United States of America. This story is about, brutality, compassion, reprisal, bravery, heroism and gallantry. Read the novel, Rescue at Pine Ridge, the story of the rescue of the famed 7th Cavalry by the 9th Cavalry Buffalo Soldiers.

The novel was taken from my mini-series movie of the same title, “RaPR” to keep my story alive. Hollywood has had a lot of strikes and doesn’t like telling our stories…its been “his-story” of history all along…until now. The movie so far has attached, Bill Duke directing, Hill Harper, Glynn Turman, James Whitmore Jr. and a host of other major actors in which we are in talks with…see imdb.com at; http://www.imdb.com/title/tt0925633/

When you get a chance, also please visit our Alpha Wolf Production website at; http://www.alphawolfprods.com and see our other productions, like Stagecoach Mary, the first Black Woman to deliver mail for Wells Fargo in Montana, in the 1890's, “spread the word”.

I love your blog! I’ve included it on a site I’ve created, which is a compilation of some of the best blogs in the city.