Amazon.com said to have sold 8m Kindles in 2010 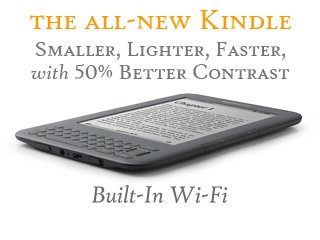 Amazon.com will have sold more than 8m Kindles by the end of this year, at least 60% more than predicted. Analysts at Citigroup, Barclays Capital and others had estimated, on average, that the e-tailer would sell 5m Kindles in 2010. But, according to Bloomberg, two people who are aware of the company’s sales projections say these figure undershoot the reality.

In 2009, Amazon sold 2.4m Kindles, according to Bloomberg. The projections also show that Amazon is growing share in the e-reader market faster than predicted by analysts.

Earlier this month the e-tailer revealed it had sold "millions" of its new Kindle reader during the holiday season, beating sales figures for all of 2009.

Bloomberg
Posted by Beattie's Book Blog at 6:38 am