Picks
The Wife by Meg Wolitzer is the February pick for the PBS NewsHour-New York Times book club.

The Costco Pennie’s Pick for February is The Bookshop by Penelope Fitzgerald.

Awards
Biography The Cut Out Girl by Bart van Es won the overall Costa Book Award, with the judges declaring it, "the hidden gem of the year."

More broadly, we have fully updated our list of award winners from 2018 -- covering over 40 awards from the US and around the world.

Bookselling
A Barnes & Noble in North Carolina's Jacksonville Mall has reopened after repairing "extensive damage" caused by Hurricane Florence. The renovation also includes some "enhancements," like an expanded toys and games department.
Posted by Beattie's Book Blog at 8:49 am No comments:

Taiwan-based magazine White Fungus is about to release its 16th issue. The new issue features a 50-page interview with Carolee Schneemann, an epic exploration of the world of animal music, plus Kurt Gottschalk reports on a New York performance of Max Richter’s SLEEP.


Taipei curator Jeph Lo describes witnessing the emergence of noise music in Taiwan’s post–martial law era, alongside a photo essay on political demonstrations held during the island’s transition out of military rule. There is an article about 2018 Turner Prize–nominee Luke Willis Thompson, plus an interview with Dor Guez about the Christian Palestinian Archive. The issue features new performance art from Taiwan, plus a profile of obscure Wellington street artist Ruffo who appears in Chris Kraus’s classic fantastical memoir I Love Dick.


White Fungus was started in 2004 by brothers Ron Hanson and Mark Hanson in Wellington, New Zealand. The first issue was an impromptu protest against the building of a motorway that would cut through the city’s arts district, destroying heritage buildings and forcing artists from their studios. Copies of the first issue were produced on a photocopier, wrapped in Christmas paper and hurled anonymously through the entrances of businesses throughout the city. The name of the publication comes from a can of "white fungus", a commercially produced pulped beverage the Hansons discovered in their local supermarket in Taiwan. In 2009 the Hansons relocated back to Taiwan where they have since been active publishing and directing live art events.


The 16th issue of White Fungus will be hitting shelves world-wide in mid-January via Boutique Magazines. If you would like any further information about White Fungus, please don’t hesitate to get in touch.

Posted by Beattie's Book Blog at 8:46 am No comments:

Headlines from The Bookseller


Posted by Beattie's Book Blog at 8:33 am No comments:

Connor Guy joins Basic Books as editor on February 4. Most recently, he was associate editor at Metropolitan Books.

In the UK, Amanda Ridout is launching Boldwood Books, publishing commercial fiction. The company expects to publish 20 titles in 2019, and aims to issue 50 titles in 2020. Ridout, who was ceo at Head of Zeus until she left in November 2017, is joined by two former colleagues from that company, with Caroline Ridding as publisher, and Nia Benyon as publishing/sales and marketing director. They are not paying advances initially, promising authors that "your contract will be based on partnership principles and the proceeds of success shared equally."

Also in the UK, Jacaranda has announced their list of 20 black writers they will publish in 2020, supported by £25,000 in donations. Founder Valerie Brandes tells the Guardian, :The importance of this from a publishing perspective cannot be overstated. The commitment to publish 20 black British writers in one year, in terms of sheer visibility for black writing and writers, is unsurpassed in this industry."

Awards
Barnes & Noble also announced their Discover Great New Writers finalists, with the winners to be announced at a ceremony on March 6:

Fiction
Only Killers and Thieves, by Paul Howarth
A Place for Us, by Fatima Farheen Mirza
There There, by Tommy Orange


Film/TV
Dare Me, Megan Abbott's novel about the competitive world of high school cheerleading, will become a TV series, co-produced by USA and Netflix. Abbott will be a writer and executive producer along with Gina Fattore (Dawson's Creek, Gilmore Girls). The series is executive produced by Peter Berg and Film 44.

Initiatives
Bertelsmann ceo Thomas Rabe believes the company's new Bertelsmann Content Alliance in Germany "strengthens our position in the competition with the U.S. technology platforms." The initiative is meant to "manage the collaboration among all of the international media, services and education company's content businesses in Germany" -- including Random House Germany, RTL television, Gruner + Jahr magazines, and music company BMG. Gruner + Jahr ceo Julia Jäkel takes the added role of chair of the board of the Bertelsmann Content Alliance.
Posted by Beattie's Book Blog at 11:34 am No comments:


The state honour — which translates as Knight of the Order of the Star of Italy — is bestowed on Italians and foreigners who have promoted relations between Italy and other countries. It also reflects on the promotion of Italian culture in the world.
His Excellency Fabrizio Marcelli, Italian Ambassador to New Zealand, awarded the honour yesterday at the annual Festival Italiano street festival in Newmarket, Auckland.


Born in Milan and raised in the province of Modena, Alessandra Zecchini immigrated to New Zealand in 1997 with her Kiwi husband. They settled in Oratia, Auckland, raising two children bilingually and founding publishing company Oratia Media.
Zecchini has been widely active in the Italian community. She is a long-standing committee member and former President of the Società Dante Alighieri di Auckland, and a representative on the Com.It.Es Wellington.
Since 2006 she has been Director of the annual Festival Italiano Auckland, which is the country’s largest Italian cultural event, and among Auckland’s busiest ethnic festivals.


As a writer and editor Zecchini has produced numerous articles about Italian food, culture and travel; written three recipe books; and helped publish Italian books in New Zealand. She has taught Italian language and culture at the Dante Society for over 20 years.
She has promoted Italian cuisine widely, and founded the Slow Food Auckland chapter, the country’s most active group in the Italian-based food network.
“I am greatly honoured to receive this recognition and thank all the wonderful Italian and New Zealand friends and family who have helped to make it all possible.
Posted by Beattie's Book Blog at 11:18 am No comments:


Veronica Park has joined Fuse Literary as an associate agent. She was previously literary agent and marketing specialist at Corvisiero Literary Agency.

Alexandra Franklin has been promoted to associate agent at the Vicky Bijur Literary Agency.

Maya Baran has joined Viking Penguin as publicity manager, returning to publishing full-time. Most recently she has assisted Broadside PR and The Countryman Press.

The ALA has named Melinda Gates the honorary chair of National Library Week, starting April 7.

Legal
On Friday, Google rejected Stephen Elliot's "invalid, overly broad, and unduly burdensome" request to provide data that would reveal the creators of the S----y Media Men list, in a letter to his attorneys, filed with the court by Moira Donegan's counsel.
Google's Letter.

Milestones
Scribd announced that they have surpassed 1 million subscribers worldwide to their digital reading service. That's up from "over 700,000" subscribers in February 2018, when the company returned to mostly unlimited subscriptions (except for pesky "high volume readers"). A year ago, the company said about 50 percent of subscribers were from outside of the US and their current growth plans seemed focused on international markets.

Harper Collins chief digital officer Chantal Restivo-Alessi tells TechCrunch the resumption of unlimited audiobook listening looks to be a strong part of Scribd's growth: "We expected the digital ebook market to be a bigger part of our and their business now, and we have been positively surprised by the uptake in digital audio. We have continued to calibrate our catalog offer in line with the evolution of Scribd's platform and customer base. And we continue to be pleasantly surprised by the depth of exposure that the platform provides to our backlist."
Posted by Beattie's Book Blog at 8:49 am No comments:

The Centre for the Book is delighted to welcome Associate Professor Katherine Bode of the Australian National University to deliver the 2019 World Book Day Lecture.


Her topic for this year’s lecture is “Reading beyond the Book.”  She is a lively and engaging presenter who deeply loves her work and will convince you that you should too.  Do join us.


A link to Professor Bode’s outputs and interests:  https://katherinebode.wordpress.com/

And as usual, the lecture will be followed by a dinner at the Staff Club. Circa. 7.00 pm. Places are limited, so please get in fast!


I will happily take name of those wishing to attend the dinner. NB: Cost yet to be determined; will let you know asap.

And please spread the word on the lecture to others. This wd be appreciated.


Ps. who will be the prize winners this year! 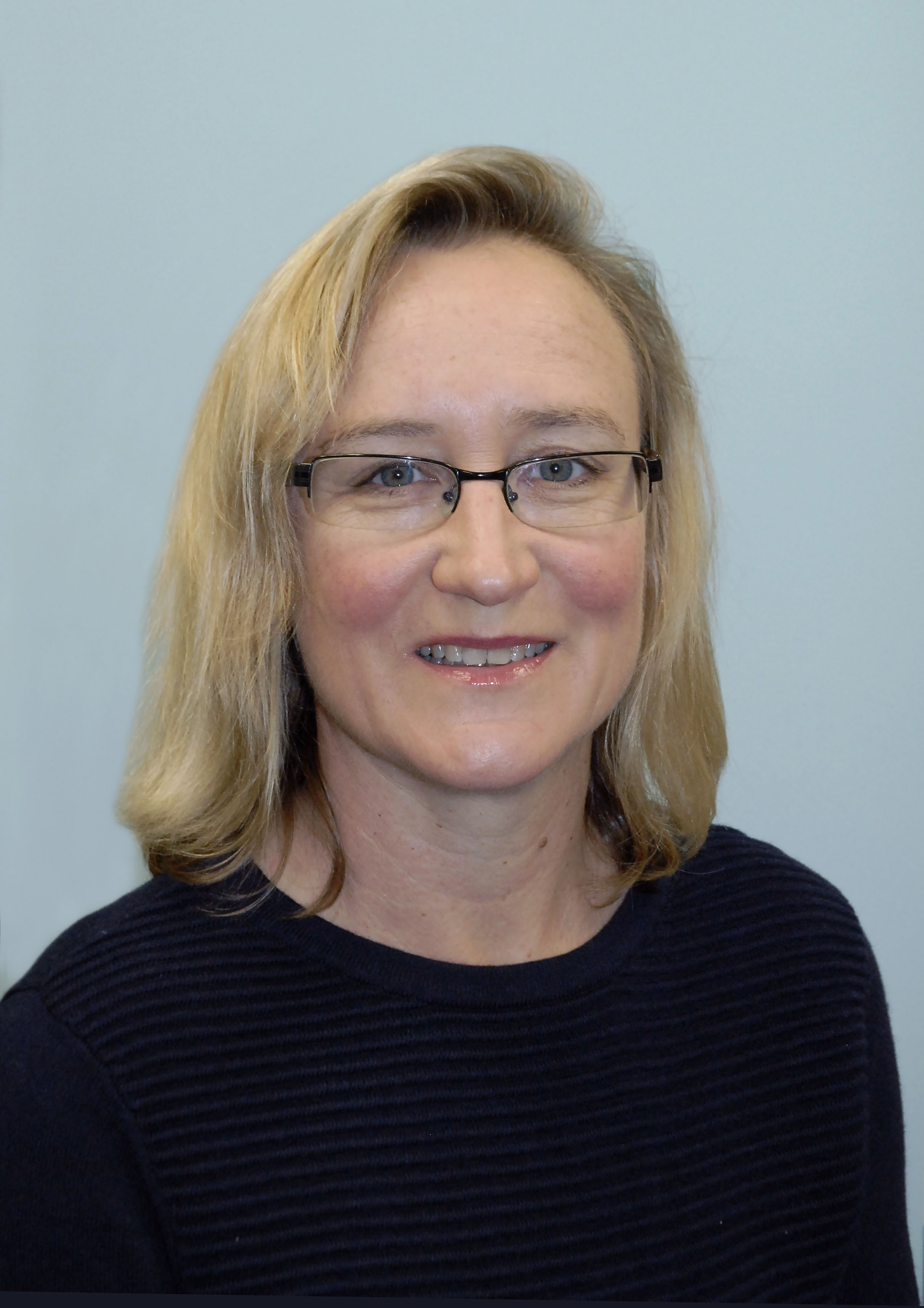 The New Zealand Society of Authors (NZSA) and Auckland War Memorial Museum are delighted to announce the recipient of the NZSA Auckland Museum Research + Residency Grant.

Sarah will receive a $5,000 grant and one month’s accommodation at The Michael King Writers Centre in Devonport while she undertakes her research. Sarah is a journalist by trade, born and bred on the North Shore, with a BA in History from Massey University. She completed the University of Auckland's Master of Creative Writing course last year and has written for both children and adults. Her tenth book, Ocean, was published in December 2018.

Selection panel convener Rae McGregor said “Sara Ell has an exciting project and we were captured by the Natural Science focus. This ties in well with work the Museum Library is doing with its Biodiversity Heritage Library, where digitising is in process with the aim to share the library’s records relating to the biodiversity with the world.

To quote Adam Moriarty co-selector: 'The synergies between these two projects and our digitisation effort seem to be perfectly aligned'. We were unanimous in agreeing that Sarah should be the recipient of this award."

Now in its seventh year, The NZSA / Auckland Museum Research + Residency Grant is a wonderful opportunity for writers to develop a manuscript thanks to a stipend, guided access to the Auckland Museum’s documentary heritage collections and four weeks accommodation at The Michael King Writers Centre.

Adam Moriarty, Head of Collection Information and Access at Auckland Museum Tāmaki Paenga Hira says, “Working in collaboration with the NZSA, Auckland Museum is delighted to provide New Zealand writers access to our Documentary Heritage collection. The research library is a place of inspiration and information contained in our wealth of manuscripts, ephemera, newspapers and periodicals, rare and contemporary books and pamphlets, photographs and more.”

Past award winners have included historical novelists, archaeologists, biographers and recently a scriptwriter/playwright researching the earliest interaction of Pakeha and Māori for public performance.

For further information and for media enquiries: Claire Hill, Programmes + Operations Manager 09 3794801
authors.org.nz     aucklandmuseum.com
Posted by Beattie's Book Blog at 11:34 am No comments: