The Atheist's Guide to Christmas 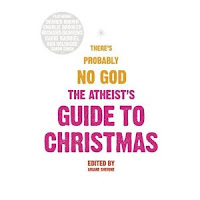 The Atheist’s Guide to Christmas, edited by Robin Harvie and Stephanie Myers, HarperPerennial RRP US$14.99, 320 pages

The remarkable rise in religious fundamentalism over the past decade has been matched by a similarly energetic surge in atheism. And while no one has yet blown themselves up in the name of an absence of a belief in God, the atheist literature has been nothing short of explosive.

Spearheaded by books written by the so-called “Four Horsemen of the Apostasy” – Sam Harris, Richard Dawkins, Daniel Dennett and Christopher Hitchens – strident atheism is now so widely accepted that The Atheist’s Guide to Christmas can be released as a cheery stocking filler by a mainstream publisher without a fluster.

Admittedly, Christmas is an easy target. Every rebellious schoolchild can assert that it is nothing more than a Christian fabrication appended to an ancient pagan festival. As such The Atheist’s Guide to Christmas often seems less a call to arms than a celebration of just how far the movement has come. 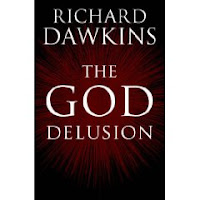 The problem that hangs over this volume – and the movement – is that while atheism proposes an absence of belief in a god, this proposition is put forward in a manner that shares the characteristics of the religions it attacks. While it lacks the evangelising of, say, Dawkins’ The God Delusion, it often veers into cosy complacency, as in Dawkins’s woeful Wodehousian pastiche, “The Great Bus Mystery”. Too often this leaves the reader feeling the uncomfortable awkwardness of watching a vicar struggle to make a joke during the Sunday sermon.

Similarly, a list of “Secular Resources” at the back of the book lists just five of a wealth of organisations that cater to the happily godless. Yet while it is good to know that US atheists, humanists and secularists are catered to, respectively, by the American Atheists, the American Humanist Association and the Secular Coalition for America, the profusion of denominations and organisations brings to mind the pluralism of the religious Great Awakenings of the 18th and 19th centuries.

The Atheist’s Guide to Christmas hides its sermonising beneath good-natured stories. But perhaps its biggest problem is that it robs atheism of one of its most beguiling tenets – the promise of being able to avoid people who constantly tell you what they do (or rather don’t) believe in.

George Pendle is author of ‘Death: A Life’ (Three Rivers Press).
Posted by Beattie's Book Blog at 6:43 am