Jamie Oliver Has The Christmas Number One Book 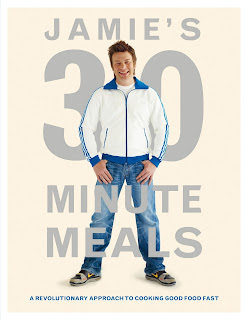 Jamie Oliver's 30-Minute Meals (Penguin) is this year's Christmas number one book in the UK, according to today's book sales figures released by Nielsen BookScan.

The book outsold its nearest rival, A Simples Life: the Life and Times of Aleksandr Orlov (Random House) by the advertising world's most famous CGI meercat, by two copies to one in the last seven days. Jamie Oliver last had the Christmas number one in 2005, for Jamie's Italy (Penguin).

And he does it in Ireland too (Irish PN)
Posted by Beattie's Book Blog at 6:44 am