Best books to escape in this summer

THE first question people ask on learning that my job is to read books is: "How many books do you read in a week?"
The second question, which comes with a pause and a puzzled expression, is: "What do you do when you go on holidays?"

It says much about the idea that holidays are a time of pleasurable reading with the luxury of time unimpeded by the daily grind of work. Thankfully, this season brings a bumper crop of great holiday reads to get lost in.

With so many heading to the beach, Tim Winton's republished classic, Land's Edge: A Coastal Memoir (Hamish Hamilton, A$29.95), is custom-made for a beach holiday, a perfect book to create a mood of reflection about the ocean and how it figures in Australian lives. First published in 1993 and reprinted in a lovely slim volume, the book has lost none of its relevance.

Collections of stories and essays are perfect for holidays – books you can dip in and out of with a shortened attention span. This year the popular Girls' Night In series celebrates its 10th anniversary with a terrific collection of 60 stories that brings together some top-notch names like Marian Keyes, Candace Bushnell, and Cathy Kelly. This series has raised more than $3 million for the War Child charity over the years, so all that entertainment comes with the good feeling of donating to charity.

The very funny Nora Ephron amuses in her usual gritty way with her collection of random writings, I Remember Nothing (Black Swan, A$24.95), while the much heftier The Penguin Book of the Ocean, edited by James Bradley (Hamish Hamilton, A$35) follows the theme of the ocean with a magnificent collection of writings, both fiction and non-fiction, that include greats such as Ernest Hemingway, Rachel Carson, Ernest Shackleton, Jacques Cousteau, David Malouf and Joseph Conrad. It's a very impressive anthology. 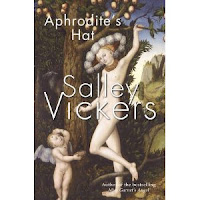 Meanwhile, you can really get lost in the glorious riches of Aphrodite's Hat, by Salley Vickers (Fourth Estate, $29.99). This is a collection of stories that looks at love in all its forms, from this most elegant novelist who excels at writing about human emotion.

Di Morrissey has honed her considerable skill at this and her 18th offering, The Plantation, (Macmillan, A$32.99) – already on the bestseller lists – takes the reader to Malaysia in the late 1930s. It's the story of two sisters who live on a rubber plantation, and how dramatic events send their lives in different directions.

Bryce Courtenay's Fortune Cookie (Viking, A$49.99) transports the reader to Singapore as well, except his timeframe is the 1960s. His story explores the creative revolution in advertising through the story of Australian-Chinese Simon Koo, and his ex-pat life in Asia during the Vietnam War.

And Kate Morton transports the reader to England for a lovely lengthy mystery drama, The Distant Hours (Allen & Unwin, A$44.95), which shifts in time between the present day and World War II as a young woman investigates the dark secrets of her mother's past at the gothic Milderhurst Castle.

Undemanding yet pacy thrillers are always popular at this time of year and the best of the crop include John Grisham's The Confession, Dennis Lehane's Moonlight Mile (Little, Brown, A$29.95), the winner of the Crime Writers' Association Gold Dagger 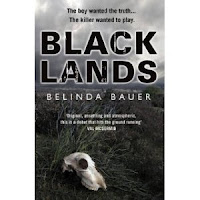 Award Blacklands by Belinda Bauer (Corgi, A$21.95), and Michael Connelly's The Reversal (Allen & Unwin, A$32.95). And for something to dip in and out of, The Best of American Noir of the Century, edited by James Ellroy and Otto Penzler (Windmill, A$24.95)

The first three books in the series are being released in A Feast of Phryne Fisher (Allen & Unwin, A$29.99), and it's the perfect introduction for the uninitiated.

Some for the kids 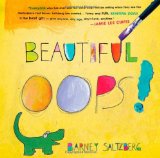 FIONA Stager, from The Avid Reader in West End, thinks the kids will love Beautiful Oops, by Barney Saltzberg (Workman Publishing, A$22.95). "This is one of the most creative and unique board books I have ever seen! Take a tear, a spill, a smudge, any mistake, and think of it as an opportunity to make something beautiful, Barney shows you how. This is for ages three to 100."

Suzy Wilson, from Riverbend Books in Bulimba, loves Noni the Pony, by Alison Lester (Allen & Unwin, A$24.95). "It's a gentle rhyming story about a very sweet horse from our favourite Australian kids' author. For age two and up." 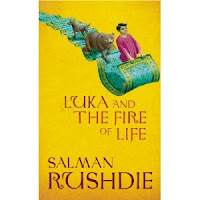 For the older primary school reader, Stager loves Luka and the Fire of Life by Salman Rushdie (Jonathan Cape, A$29.95). "It's a lyrical fable for any reader but it will certainly appeal to anyone over the age of 11. In order to rescue his father 12-year-old Luka must embark on a journey through the Magic World, encountering many phantasmagorical obstacles on the way. A classic quest story and one the whole family can enjoy."

Wilson goes for The Very Bad Book, by Andy Griffiths (Pan, A$14.95). "Andy Griffiths has excelled himself again. From the kid whose mother told him not to eat flies and he did, and then turned into one himself – these are irreverent stories, but not too irreverent. It's sure to make kids laugh and perfect for the type of kid who may grow up to love Monty Python. "

For the teen reader, Wilson selects Six Impossible Things, by Fiona Wood (Pan, $16.99). "It's about a teenage boy who has six impossible things to deal with (from a new school and bullying, to a broken marriage) and the story follows his plight as he deals with each new challenge. It's gentle, funny and very engaging."

And Stager selects I Am Number Four, by Pittacus Lore (Penguin, A$19.99). "For the readers who have loved The Hunger Games series by Suzanne Collins. It's about nine teenagers and their guardians hiding on Earth, protected by a charm that means they can only be killed in numeric order – three are already dead. John Smith is No.4 and his mortal enemies are hunting him down. This will be a movie in early 2011."
Posted by Beattie's Book Blog at 6:46 am