The Commonwealth Writers' Prize, internationally recognised for promoting ground-breaking works of fiction from across the globe, has announced an eclectic mix of writers from the four regions of the Commonwealth who will be heading to the final stages of the competition at Sydney Writers' Festival in May.

The regional prize winners are: 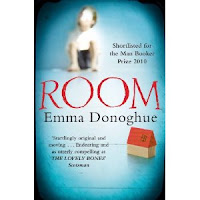 Best Book: That Deadman Dance by Kim Scott (Australia)
Best First Book: A Man Melting by Craig Cliff (New Zealand)
The final programme of the Commonwealth Writers' Prize will bring together the regional winners from Africa, Caribbean and Canada, South Asia and Europe, and South East Asia and Pacific, at Sydney Writers' Festival (16-22 May). The overall winners of Best Book and Best First Book will be announced on 21 May.
Posted by Beattie's Book Blog at 8:17 am

Congrats to Cliff! I haven't read the stories yet, but his book has to most stunning cover. Here's hoping he wins ...