Detective Meets His End, Sort Of

At the end of “The Troubled Man,” Henning Mankell needs only six short lines of narrative to pull the plug on his enormously popular series of Kurt Wallander detective novels. Mr. Mankell doesn’t do this delicately. “After that there is nothing more,” the swan song reads in part. “The story of Kurt Wallander is finished, once and for all.” As an irritable kiss-off to his readers this couldn’t be any more abrupt. 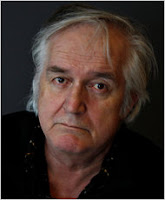 
The Wallander career needn’t have ended this way. On other occasions when famous characters and series are bid adieu, their creators may contrive a cliffhanger, an actual tumble (à la Sherlock Holmes, Professor Moriarty and Reichenbach Falls in Conan Doyle’s “Final Problem”) or a moment of passionate and intense surprise (à la Ian Rankin’s John Rebus in “Exit Music”). No matter how eager these authors were to extricate themselves, they were able to retire well-loved characters suspensefully, without sounding fed up and bored.

But Mr. Mankell isn’t one to worry about niceties. His brusque, gloomy Swedish police inspector can be downbeat even by the standards of Sweden, where the bar for brooding is already set so high. And in “The Troubled Man,” Wallander has a whole new set of problems to worry about. He is preoccupied not only with the crime story around which “The Troubled Man” revolves but also with his diminished prospects and deteriorating state of mind. 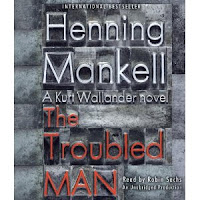 Wallander’s morbidity does help to make “The Troubled Man” a successful stand-alone book. That’s because it makes him remember old events and recapitulate them. Even readers who are not up to speed on the nine official Kurt Wallander novels that have preceded it will find much evidence of his history in the new book. Family members, old cases, the women in his life: they all come back to haunt him in “The Troubled Man.” And just as the past becomes more vivid for him, the present grows ever more threatening.

Much is made by both Wallander and Mr. Mankell of the fact that Wallander has turned 60. He faces deteriorating health, increasingly frightening lapses of memory, loneliness and the prospect of a bleak, empty future. To belabor the point, Mr. Mankell writes of Wallander’s feeling “as if he were turning into an hourglass with the sand silently running out.”

The full review in The New York Times.
Posted by Beattie's Book Blog at 9:00 pm

We are so hooked on scandinavian stories at the moment both in book form and also series on the box. The killing...Danish ..has just finished this weekend and that was unmissable. Perhaps it's our morbid northern souls! Must get this final Wallander story.