Curly from Shirley, the Christchurch Dog, was officially launched in both Christchurch and Auckland last night 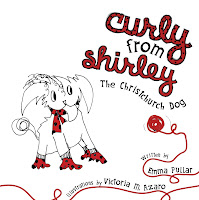 Curly from Shirley, the Christchurch Dog, was officially launched in both Christchurch and Auckland on Monday 28th March, just four weeks after the idea to publish the book as a Christchurch fundraiser was first discussed by Christchurch author Emma Pullar and author/editor Jill Marshall.


In the days that followed, the 'Curly team' grew to include designer Cheryl Rowe and illustrator Victoria M. Azaro, and then expanded still further with Image Centre printing, Pindar NZ, My Virtual Assistant Marion Jackson and Nationwide Book Distributors all getting on board to help. Then another exciting addition to the Curly team arrived in the form of eight year old musical sensation, Christchurch Bob, and his mum Julie Gaudin, who have put together a fantastic musical version of Curly from Shirley. 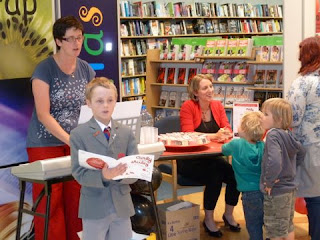 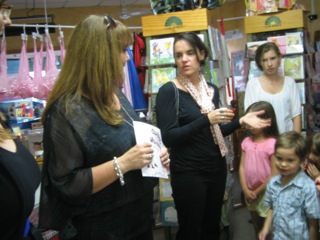 The picture book is now available in NZ book stores and from the website, http://www.curlyfromshirley.com/, where the song and ebook are also available for download.
Retail and school orders can now be placed via the website, and soon schools and choirs will soon be able to join in the Curly fun with the sheet music and sing-a-long versions of the Curly song.
All proceeds from all of these are going to the Red Cross, and the Curly team look forward to making a million for Christchurch.
Posted by Beattie's Book Blog at 8:25 am