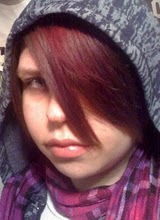 
Amanda Hocking, the 26-year-old author who shot to fame by selling more than a million copies of her self-published books, has signed up with a traditional publisher for her next series.

A heated auction for the rights to publish her books began early last week, and several major publishers, including Random House, Simon & Schuster and HarperCollins, dropped out as the price climbed into the seven figures.

The bidding eventually rose beyond $2 million for world English rights, said one publishing executive familiar with the negotiations. (St. Martin’s declined to comment on how much it agreed to pay.) Ms. Hocking was represented by the literary agent Steven Axelrod.

The first book in the series will be released in fall 2012, a spokeswoman for St. Martin’s said.

Ms. Hocking, who lives in Austin, Minn., began self-publishing her books last year, selling them through online retailers like Amazon.com and BN.com. In doing so, she became a reluctant spokeswoman for the practice of self-publishing, which allows authors to sell their books directly to readers without the help of a traditional publisher.

Writing on her blog on Tuesday, the day after it was reported that Ms. Hocking was shopping her series to traditional publishers, she explained herself to her readers.

“I want to be a writer,” she said. “I do not want to spend 40 hours a week handling e-mails, formatting covers, finding editors, etc. Right now, being me is a full-time corporation.”
Posted by Beattie's Book Blog at 9:37 am