International non-fiction writers who have been kidnapped or had family members killed during conflicts and a controversial columnist feature at this year's Auckland Writers & Readers Festival. 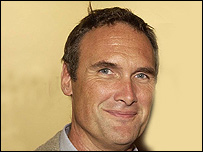 Scotsman A.A. Gill, TV and restaurant critic for the Sunday Times, travel writer and contributing editor to GQ magazine and Vanity Fair, will take part in several events including the New Zealand Listener Gala Night on May 12 where writers share personal stories inspired by the alphabet, an evening with restaurateur Al Brown on May 13 and a high tea at the Langham the day after.
For anyone not on the end of Gill's criticisms the commentator is acerbic and laugh-out-loud funny.
He once labelled English people as a "lumpen and louty, coarse, unsubtle, beady-eyed, beefy-bummed herd" and this year described the county of Norfolk as "the hernia on the end of England".

Columbian presidential candidate Ingrid Betancourt, who was held captive by guerrilla organisation Farc between 2002 and 2008, will be speaking about her book Even Silence Has an End, and Palestinian peace advocate Dr Izzeldin Abuelaish, whose three daughters were killed during the 2009 bombing of the Gaza Strip, will also feature.
Spokeswoman Angela Radford said the group members were compelling storytellers.
"There's quite a strong non-fiction theme," she said. "These are quite extraordinary stories these people are telling, it's a really hard-hitting bunch this year."

On the fiction side, acclaimed author David Mitchell,(pic left), who wrote the Man Booker prize finalist Cloud Atlas, is also attending.
His latest book, The Thousand Autumns of Jacob de Zoet, was long-listed for the 2010 Man Booker Prize and won Best Book (South Asia and Europe) in the 2011 Commonwealth Writers' Prize.

Actress and Indian foodie Madhur Jaffrey, known from her many cookbooks, will speak about her memoir Climbing the Mango Trees: A Memoir of a Childhood in India, which was published in 2006.

Teenagers and the young at heart can meet some stars of young adult fiction on Saturday, May 16, at the Wordy Day Out.
Best-selling American author Cassandra Clare, Auckland-born Brian Falkner and fantasy writers Garth Nix and Sean Williams are all lined up for the fun day.

What: Auckland Writers & Readers Festival.
When: May 11 to May 15.
Where: Various venues.

For more information: http://www.buytickets.co.nz/
Posted by Beattie's Book Blog at 6:05 am