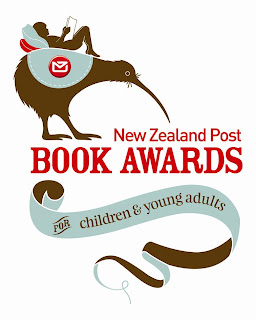 Votes are pouring in for the nation’s favourite children’s book as hundreds of school-age students cast their votes for the much-coveted Children’s Choice Award; one of the highlights of the prestigious 2011 New Zealand Post Children’s Book Awards.


The Children’s Choice Award is held in high regard by children’s writers and illustrators in New Zealand, as it means they are getting the thumbs up from their harshest critics, the children themselves.

With voting closing at 17:00 on Friday 29 April 2011, school children have just over one month left to exercise their voting power, either online at http://www.nzpostbookawards.co.nz/ or by picking up a voting card from their school, library or local bookshop.

Children are encouraged to read and make their selection from the 20 finalist books in this year’s New Zealand Post Children’s Book Awards; no easy choice, as they consider not only the best literary talent in the land, but some exciting new voices in children’s writing. The competition is wide open with books across all four categories competing for one prize. For example, colourful picture books go head to head with informative non-fiction titles, and playful junior fiction titles battle it out with challenging young adult novels.

The Children’s Choice Award was introduced in 1997 as a way of giving school-aged children nationwide, the opportunity to have a say in this country’s most prestigious children’s book awards. Last year’s winner was The Wonky Donkey, a picture book phenomenon created by Craig Smith and Katz Cowley . Other past winners include Gaelyn Gordon, Bob Kerr and much-loved writer and illustrator, Lynley Dodd.

The winner of the Children’s Choice Award will be announced at the New Zealand Post Children’s Book Awards ceremony at The Auckland Convention Centre on Wednesday 18 May 2011. They will receive $2000, but they are not the only one to benefit. Once the votes are tallied, one voting card or online vote will be randomly drawn with the lucky voter winning $500 worth of Booksellers Tokens for their school library, and $500 of Booksellers Tokens for themselves!

While the votes are being counted many of the New Zealand Post Children’s Book Awards finalists are participating in a nationwide festival of children’s books and literature from Monday 9 May 2011. They will be visiting schools and libraries around the country in the lead up to the Awards Ceremony on Wednesday 18 May 2011. A full schedule of events will be available on http://www.nzpostbookawards.co.nz/ from mid-April.
Posted by Beattie's Book Blog at 9:00 am