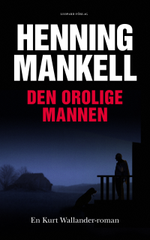 After his colleagues on the Ystad police force gave him a 50th-birthday party, Wallander started keeping a record of all the people he knew of who were now dead, a morbid task that he abandoned after the 10th suicide. Five years later, he bought a house near the sea and acquired a dog, indicating some improvement in his mental health. But having reached the age of 60, Wallander has become lonely and despondent. “His life was now centered increasingly on recalling things from the past that he now realized he missed,” Mankell observes, in the melancholy words of Laurie Thompson’s translation.

Wallander snaps out of his depression when his daughter, Linda, gives birth to his first grandchild, an event that leaves him “utterly defenseless” and (dare it be said?) happy. Which accounts for his concern when Linda’s future father-in-law, a retired naval officer named Hakan von Enke, goes missing shortly after taking the detective into his confidence about an incident in 1982 involving Russian submarines infiltrating Swedish territorial waters. A month after von Enke disappears, his wife also drops out of sight, prompting Wallander to look more carefully at the conspiracy theories that had long obsessed her husband.

As Wallander learns more about how Sweden maintained its neutrality in the swamp politics of the cold war, he realizes “how little he actually knew about the world he had lived in,” and wonders if that “unwillingness to care about the real world” is typical of his generation. That’s the kind of ideological question that matters to Wallander, who is forever flogging himself for the youthful indifference that left him ignorant of the ruthlessness of realpolitik and feeling helpless to do anything about it. “I sometimes manage to help people by making sure that criminals are removed from the streets,” he acknowledges. “But aside from that?”

Aside from that, he saves our sanity by taking the weight of the world off our minds and onto his own shoulders — an honorable legacy for someone who thought all his friends were dead.

And a review from The Independent.
And one from The Guardian.
Posted by Beattie's Book Blog at 6:01 am