UK edition of Huffington Post to launch in summer 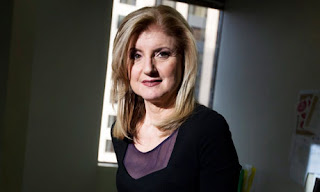 Arianna Huffington: 'Whenever I am in England I feel like I am home'. Photograph: Darren Calabrese/AP


Arianna Huffington is to launch a UK edition of the Huffington Post this summer, as the US news and current affairs website recently acquired by AOL moves to expand internationally.

The multi-millionaire, who sold Huffington Post to AOL for $315m (£195m) in February, told the MediaGuardian Changing Media Summit on Thursday that the takeover meant she could accelerate plans to hire journalists and create a UK-specific site.

The British-educated internet entrepreneur said "whenever I am in England I feel like I am home", adding that she had always planned to expand outside the US, but had been held back by limited internal capital.

Huffington Post UK will follow the same model as the US version – hiring a core team of paid writers and editors, while at the same time signing up unpaid bloggers who will have their writings showcased on the site. Huffington Post currently employs 200 writers and journalists.

AOL meanwhile is eager to expand its content portfolio internationally. Tim Armstrong, Huffington's boss and the chief executive of AOL, told the event: "Both companies may be big in the US, but the US only represents 4% of the world's population."
Posted by Beattie's Book Blog at 7:55 am