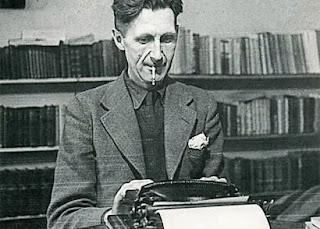 18 longlisted books range from Soviet Russia to modern Britain, from the rule of law to feminism, and from ceramics to the Caucasus

• 22 bloggers include Tory MEP, mainstream journalists and a prisoner

The longlists for this year’s Orwell Prize, Britain’s most prestigious prize for political writing, have been announced overnight at a special event in London.

The longlist announcements (from 7pm) were followed by a discussion on political blogging, featuring Richard Horton (winner of the Blog Prize 2009 as pseudonymous police blogger, Jack Night) and David Allen Green (shortlisted for the Blog Prize 2010 as ‘Jack of Kent’, judge of this year’s Blog Prize), chaired by Jean Seaton (director of the Orwell Prize).

A record 213 books were whittled down to 18 by this year’s judges, Jim Naughtie (presenter of BBC Radio 4’s Today and Bookclub programmes, former chair of the Man Booker Prize judges), Ursula Owen (founder director of Virago Press, former editor of Index on Censorship, project director of the Free Word Centre) and Will Skidelsky (books editor of The Observer).

The longlisted books are:

Director of the Prize, Jean Seaton, said: ‘These books show that political writing can be tender or chilling, furious or forensic, magisterial – or very funny. The whole range of political life is distilled into tremendous prose in these books.’

This year’s longlist of 15 journalists (rather than the usual 12) has come from a record field of 87 journalists. This year’s judges are Martin Bright (political editor of the Jewish Chronicle, founder and chief executive of New Deal of the Mind, shortlisted for the Journalism Prize 2007) and Michela Wrong (journalist and author, previously shortlisted for the Orwell Prize for all three of her books).

The longlisted journalists are:

Director of the Prize, Jean Seaton, said: ‘Some of these journalists show us the hidden corners of Britain and the world; some of the writing is razor sharp indictment; many of the journalists in many different ways are intrepid. They all represent different strands of Orwell's legacy.’

22 bloggers (rather than the usual 12) have been longlisted from a record 205 entries, by judges David Allen Green (shortlisted for the Blog Prize 2010 as ‘Jack of Kent’) and Gaby Hinsliff (journalist and blogger, former political editor of The Observer).

Director of the Prize, Jean Seaton, said: ‘Blogging is evolving under our eyes, its purposes shifting. Public service watchdog? Clever reporting from new spaces in the political process? Telling it like it is in uncomfortable places? Different blogs are all of those and other things: it’s an increasingly sophisticated world.’

This year’s shortlists will be announced on 26th April, before a debate on the question, ‘Is it time to make monarchy history?’.

The winners of the Orwell Prizes – each worth £3000 – will be announced at an awards ceremony at Church House, Westminster, on 18th May.
Posted by Beattie's Book Blog at 8:45 am

http://thevoiceofreason-ann.blogspot.com/2011/04/orwell-prize-debate-on-monarchy-is-it.html may be of interest.