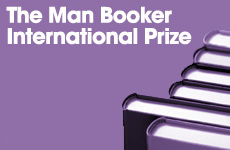 Further to my blog post  this morning about the shortlisted authors here are some further thoughts/observations.

*The prize is awarded every two years and it reconises a writer for his or her achievement in fiction.

*The winner is chosen entirely at the discretion of the judging panel, there are no submissions from publishers.

*The three previous winners were Albanian poet and novelist Ismail Kadare in 2005; the Nigerian writer Chinua Achebe in 2007, and Alice Munro from Canada in 2009.

* This year's winner will be announced at the Sydney Writers Festival on 18 May. The Festival is Australia's largest literary festival and runs 16-22 May, 2011. http://www.swf.org.au/

*I was especially delighted to see David Malouf, (pic left, The Australian), Philip Pullman and Rohinton Mistry in the shortlist, three writers whom I admire enormously. Brief bio info follows on each of these three writers.

David Malouf
David Malouf was born in Queensland, Australia, in March 1934 to a Lebanese-Christian father and English-Jewish mother.
He graduated from the University of Queensland in 1955 and lectured for a short period before moving to London, where he taught at Holland Park Comprehensive School and in Birkenhead. He returned to Australia in 1968 and lectured at the University of Sydney before becoming a full-time writer in 1978.
In 2008, Malouf won the Australian Publishers Association's Lloyd O'Neil Award for outstanding service to the Australian book industry. He was elected a Fellow of the Royal Society of Literature in 2008.

Poetry collections
Bicycle and Other Poems 1970
Neighbours in a Thicket: Poems 1974 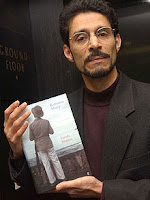 He is the author of three novels, each of which has been shortlisted for the Booker Prize for Fiction. Such a Long Journey (1991) won the Commonwealth Writers Prize and the Governer General’s Award; A Fine Balance (1996) won the Commonwealth Writers Prize, the Giller Prize, the Los Angeles Times Book Prize and the Winifred Holtby Memorial Prize and was nominated for Oprah's Book Club Best Novel in 2001; Family Matters (2002) was shortlisted for the Man Booker Prize 2002, the James Tait Black Memorial Prize and the International IMPAC Dublin Literary Award and won the Canadian Authors' Association Award for Fiction and the Timothy Findley Award (Writers' Trust of Canada). 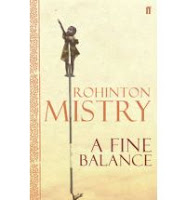 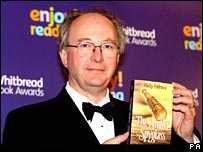 Philip Pullman was born in Norwich, England in 1946 and was educated in England, Zimbabwe, and Australia, before returning to the UK to live in North Wales. He read English at Exeter College, Oxford before becoming a teacher.

His best-known work is the trilogy His Dark Materials, beginning with Northern Lights (The Golden Compass in the USA), The Subtle Knife and The Amber Spyglass. He has also written two related volumes: Lyra’s Oxford and Once Upon a Time in the North and is currently working on The Book of Dust.
The trilogy has won numerous prizes, including the Carnegie Medal and the Guardian Children's Book Award. The Amber Spyglass won the Whitbread Book of the Year Award, the first time in the history of the prize that it was given to a children's book. The Golden Compass was adapted as an acclaimed stage play at the National Theatre, London and New Line Cinema released the film worldwide in 2007.

Pullman was the recipient of the Eleanor Farjeon Award for children's literature in 2002 and in 2005 was honoured with the Astrid Lindgren Memorial Award, an international prize for children’s and youth literature awarded by the Swedish Arts Council. In June 2007, Philip Pullman was awarded the “Carnegie of Carnegies” for The Golden Compass, triumphing in a poll to choose book lovers' favourite winner from the Carnegie medal's 70-year history. 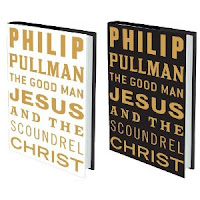 Comics
The Adventures of John Blake in The DFC 2008