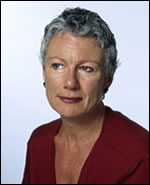 8:12 Siddharta Mukherjee
Indian-born American doctor Siddhartha Mukherjee is Assistant Professor of Medicine at Columbia University, and staff cancer physician at Columbia University Medical Center. He is the author of The Emperor of All Maladies: A Biography of Cancer (HarperCollins, 978-0-007-36748-1).
http://bigthink.com/siddharthamukherjee

8:40 Alex Gibney
Documentary film maker Alex Gibney is the founder of Jigsaw Productions, and blogs for the Atlantic about subjects including politics, human rights, and the arts. His work as a writer and director includes the 2006 Oscar-nominated Enron: The Smartest Guys in the Room and the 2008 Oscar-winning film Taxi to the Dark Side. In 2010 he directed the feature Casino Jack and the United States of Money , and the documentary Client 9: the Rise and Fall of Eliot Spitzer, along with one of the six segments in the documentary Freakonomics, based on the best-selling book. The latter two films will screen during the World Cinema Showcase (Auckland 1-18 April, Wellington 14-30 April, Dunedin 5-18 May).
www.jigsawprods.com/
www.theatlantic.com/alex-gibney/
www.worldcinemashowcase.co.nz/

9:05 Pamela Ronald
Pamela Ronald is Professor of Plant Pathology at the University of California, Davis, and Director of Grass Genetics at the Joint Bioenergy Institute. With her husband, organic farmer Raoul W Adamchak, she wrote the 2008 book, Tomorrow's Table: Organic Farming, Genetics and the Future of Food (Oxford University Press, ISBN: 978-0-19-539357-6).

9:45 Art with Mary Kisler
Mary Kisler is the Senior Curator, Mackelvie Collection, International Art, at the Auckland Art Gallery Toi o Tamaki, and the author of Angels & Aristocrats: Early European Art in New Zealand Public Collections (Random House). She will discuss the Auckland Arts Festival 2001 event White Night, which saw Auckland museums and galleries staying open till midnight on Saturday 12 March, featuring special exhibitions, activities and performances. Selected images from the exhibitions are available for view by clicking on the Art on Saturday Morning link on the right hand side of the Saturday Morning web page.
www.aucklandartgallery.com/
www.aucklandfestival.co.nz/events/white-night.aspx

David Vann teaches creative nonfiction and fiction at the University of San Francisco, and is the author of the memoir A Mile Down: The True Story of a Disastrous Career at Sea (2005), the short story collection, Legend of a Suicide (2008), and the new novel Caribou Island (Penguin, ISBN: 978-0-670-91844-7).
David is an International Guest Writer at Victoria University of Wellington from 7 March to 30 May, and will be a guest of the Auckland Writers Festival (11-15 May).
http://www.davidvann.com/
www.writersfestival.co.nz/

Jean Auel is best known for her 1980 novel The Clan of the Cave Bear, and the subsequent Earth's Children series set in prehistoric Europe, that as of 2010 has sold over 45 million copies worldwide. The sixth book in the series, The Land of Painted Caves (Hodder & Stoughton, ISBN: 978- 0-340-82425-2), will be published on 29 March.
www.jeanauel.com/ 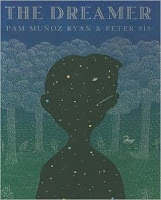 On Saturday 26 March 2011 during Great Encounters between 6:06pm and 7:00pm on Radio New Zealand National, you can hear a repeat broadcast of Kim Hill's interview from 19 March with John McBeth, author of Reporter: Forty Years Covering Asia.

Kim Hill's guests will include science and technology historian Erik Conway, Maria Tatar on fairytales, and musicians Will and Annie Crummer.
Posted by Beattie's Book Blog at 2:53 pm