Our chimneys came to life

flew through roofs onto cars

landing on lawns building up terror

Night with a crack made its move

tiles turned to leaves and fell

laid on the lawns

The roads were rivers

as strangers no longer

two days later she pads on in 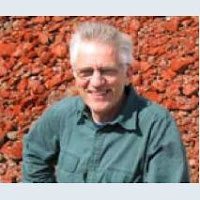 Jeffrey Paparoa Holman is a Christchurch-based poet/writer/teacher and his poem, reproduced here with his permission, was written following last weekend's quake; it was first published in The Press yesterday, 7 September.

Response from Jeffrey:
Kia ora Graham - thanks for this. We are grateful for all the support and good wishes from the wider community, and the lovers of books and writing. Shame the Writers Festival had to be cancelled, but there was no choice, really. He mihi kau ana ki a koutou katoa!

Photo below - house minus chimney - The Press.
More photos and story at The Press. 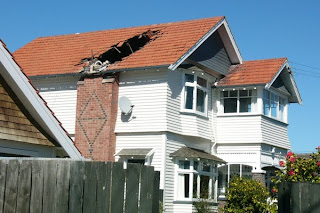