TO THE END OF THE LAND 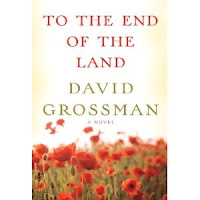 By David Grossman
Translated by Jessica Cohen
576 pp. Alfred A. Knopf. $26.95
In the introduction to his 2003 collection of journalism, “Death as a Way of Life,” the Israeli novelist David Grossman wrote: “The daily reality in which I live surpasses anything I could imagine, and it seeps into my deepest parts.” In a note at the conclusion of his somber, haunting new novel, “To the End of the Land,” he explains that he began writing it in May 2003 — around the same time he wrote that introduction, six months before the end of his older son’s military service and a year and a half before his younger son, Uri, enlisted. “At the time,” he writes, “I had the feeling — or rather, a wish — that the book I was writing would protect him.” 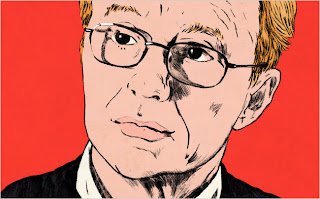 “On Aug. 12, 2006,” Grossman continues, “in the final hours of the Second Lebanon War, Uri was killed in Southern Lebanon.” By that time, most of this book “was already written. What changed, above all, was the echo of the reality in which the final draft was written.”

It is a testament to Grossman’s novelistic talent, indeed perhaps his genius, that “To the End of the Land” manages to create and dramatize a world that gives both the reality and the echo their full due. He weaves the essences of private life into the tapestry of history with deliberate and delicate skill; he has created a panorama of breathtaking emotional force, a masterpiece of pacing, of dedicated storytelling, with characters whose lives are etched with extraordinary, vivid detail. While his novel has the vast sweep of pure tragedy, it is also at times playful, and utterly engrossing; it is filled with original and unexpected detail about domestic life, about the shapes and shadows that surround love and memory, and about the sharp and desperate edges of loss and fear.

This novel is, on the one hand, a retelling of Truffaut’s “Jules and Jim,” in which two guys, best friends, fall in love with the same girl. Ora, the girl in this novel, is emotional, introspective, filled with an ability to notice and an ability to love. As for the boys, Ilan is rational, vulnerable, brittle, oddly needy and nerdy; and Avram is impulsive, brilliant, super­intelligent, larger than life. Having loved them both, Ora finally decides to marry Ilan, and they have a son, Adam; a few years later, made pregnant by Avram, she has a second son, Ofer, who is brought up as though he were Ilan’s child.
Full review at NYT
Posted by Beattie's Book Blog at 8:45 am