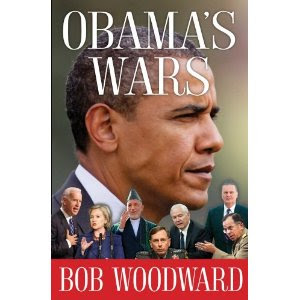 The president and his team cooperated with the famed author’s new book. Leslie H. Gelb on the fallout—and how Obama’s Wars shows the U.S. is stuck in an open-ended conflict.


Lots of White House officials observed Bob Woodward, Mr. First Draft of History, repeatedly and boldly slipping behind the closed doors of President Obama’s most intimate advisers. They all knew what was happening. The president’s men were helping The Washington Post’s sleuth write “the inside story” of how the boss masterfully managed the most trying of Herculean labors—the war in Afghanistan. There’s only one very big problem in dealing with Woodward in this manner: Once the boss opens the doors to spilling the secrets, many of his subordinates feel liberated to “tell their side of the story.” By the time each has exhausted tales of his own heroism and the shortcomings of his fellow senior officials, well, no one looks terribly heroic.

Let’s start with Obama, who emerges from the pages of Obama’s Wars as he is—brilliant, emotionless, abstract, focused, and confused, a Chicago law-school professor in presidents’ clothes. He obviously wanted Woodward to portray him as a brilliant intellectual leader of a government that was not giving him too much help in solving the Afghan mystery, but that he trudged on, doing the best anyone possibly could under these terrible circumstances.

The worst circumstance, as Team Obama alleged to Woodward, was that the Pentagon leadership and the U.S. generals did not give him the real choices he was asking for. He wanted options for troop increases below, even far below, what the generals were giving him. He didn’t get them. He wanted a strategy for how U.S. forces would be drawn down after they reached their projected peak of about 100,000 (more than three times the number George W. Bush left him). The military didn’t provide him with that, either.
The rest at The Daily Beast.
Posted by Beattie's Book Blog at 8:38 am