THE AUTHOR INTERVIEW
THE PARIS REVIEW

In her introduction to the just-published Words Chosen Carefully (Cape Catley) Siobhan Harvey  makes several references to author interviews in The Paris Review so I thought visitors to the blog may find it interesting to read a recently published interview from that esteemed magazine.
The Paris Review Interviews John McPhee,
The Art of Nonfiction No. 3
Interviewed by Peter Hessler 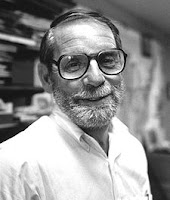 John Angus Mcphee (left) was born in Princeton, New Jersey, in 1931, attended college in his hometown, and still lives there today. He tells stories when he drives through town; memories shadow him everywhere he goes. (“I grew up all over campus,” he says. “I knew the location of every urinal and every pool table.”) McPhee’s childhood home—white-railed porch, narrow garage—still stands at 21 Maple Street. (“They haven’t changed a thing.”) A few blocks away is the gray stone building where he attended elementary school. It’s now the university’s Lewis Center for the Arts, home to the creative-writing program. (“I flunked kindergarten in the basement of that building.”) McPhee’s father worked for thirty-six years as a university physician in the McCosh Health Center. Directly next door is Guyot Hall, where John McPhee currently has his own office. It’s the same building where he worked part-time in the mid-1940s, as a teenage assistant to biologists. (“My job was killing fruit flies after they finished experiments.”)

Naturally enough, McPhee’s career as an author began with a Princeton subject. In 1965 he published A Sense of Where You Are, a book about Bill Bradley, the college basketball star and future senator. But that first book seemed to free McPhee, and after its publication, even as he continued to live in his hometown, his research took him all around the world. He’s written about Alaska (Coming into the Country), the Swiss Army (La Place de la Concorde Suisse), and an island in Scotland’s Inner Hebrides (The Crofter and the Laird). His subjects have included the atomic bomb, the environmental movement, the U.S. Merchant Marine, Russian art, and fishing. Four books on geology. Three on transport. Two on sports. One book entirely about oranges.

McPhee has now published more than thirty books, work that first appeared in the pages of The New Yorker, where he has been a staff writer since 1963. He has received an Academy Award in Literature from the American Academy of Arts and Letters, and he won the Pulitzer Prize for Annals of the Former World, his comprehensive survey of North American geology.
His work has inspired generations of nonfiction writers, and he has distinguished himself especially as a teacher of literary journalism. Since 1975 he’s taught a course in nonfiction writing at Princeton and roughly half of his students—a group that includes Richard Preston, David Remnick, Eric Schlosser, and Robert Wright—have gone on to careers in writing or publishing. In his campus office, a set of shelves contains two hundred fifteen books written by former students. “That’s probably about half of the total number,” he says.

McPhee’s office was the site for most of our conversations, which were held over several days. Six decades after killing fruit flies in the basement of Guyot Hall, he’s reached the top—a turret on the fifth floor, beyond the reach of the elevator, in a room formerly used as a paint closet. The windows are Gothic-style arrow slits. Maps cover the walls, and more than twenty dictionaries line the shelves: French, German, Welsh, Icelandic, Italian. There are texts about geology, physics, medicine, chemistry, animal tracks, and edible wild plants. There are no other writers in this part of Guyot, which is home to the biology and geology departments. Years ago, McPhee was moved here temporarily, while the humanities building was being renovated, and he liked it so much that he stayed.

In A Sense of Where You Are, McPhee describes Bradley playing basketball “according to the foundation pattern of the game.” Despite possessing an amazingly accurate shot, the athlete distinguished himself primarily through attention to footwork, passing, and strategy. In a sense, McPhee writes the same way. He rarely draws attention to himself, but his sense of structure, detail, and language is so refined that his presence is felt on every page. For profile subjects he gravitates toward craftsmen of a similar stripe. He writes best about intense and often solitary individuals, ranging from the brilliant tennis star Arthur Ashe to the reclusive canoe maker Henri Vaillancourt.

McPhee has sharp blue eyes, thinning gray hair, and the full beard of a shy man. He seldom grants interviews, and his photograph has never appeared on a book jacket. He speaks slowly and precisely, pausing to savor a word or a term that he clearly enjoys: phraseology, abecedarian, consolidated sand. At the age of seventy-nine he has no plans to retire from writing or teaching, and he still adheres to a strict exercise routine.
On each day of our conversation, he went for a seven-mile bike ride along the towpath of the Delaware and Raritan Canal. In Princeton he lives with Yolanda Whitman, his wife of thirty-eight years.
He has four daughters from his first marriage: Jenny and Martha are novelists, Laura is a photographer, and Sarah is a professor of architecture. McPhee has always protected his privacy, and over the course of his career he has written little about himself and his family. But beneath his reserve he is a person of deep warmth and humor, and he knows what it means to struggle with an artistic endeavor. On one day of our conversation, we were interrupted by a telephone call from Martha, who told her father that she had just finished her fourth novel, after years of work. “Bravissima!” McPhee exclaimed. “Fantastic, that’s so wonderful! I am so glad! Now you can pay some attention to my problems.”

Read the interview here.
Posted by Beattie's Book Blog at 7:07 am