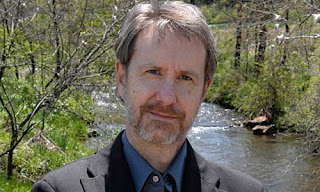 'I guess I know how it feels to win a beauty pageant now' ... Ron Rash. Photograph: Mark Haskett 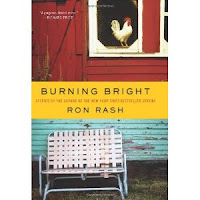 Ron Rash's "bleak" collection of short stories set in Appalachia, Burning Bright, has won the American author the world's richest prize for the short story form, the Frank O'Connor award.
Ranging from the American civil war to the present day, and from the story of a pawnshop owner who intervenes when his nephew throws his parents out of their house to fund his meth addiction, to the portrait of the wife of a Lincoln sympathiser in Confederate territory, Rash's collection Burning Bright was named winner of the €35,000 (£29,000) award in Cork last night. He beat a line-up of five other authors – including the acclaimed writer TC Boyle and three debut authors – to take the prize, which honours renowned short story writer Frank O'Connor.

"I guess I know how it feels to win a beauty pageant now," said Rash, whose former books include the bestselling Serena, set in depression-era North Carolina, this morning. "It was a great feeling, a real honour. I write novels and poems as well but the short story is my favourite form."

Judge Nadine O'Regan, arts and books editor for the Sunday Business Post, said that Burning Bright was "technically absolutely beautiful – incredibly well-wrought". "It's a very understated collection of short stories in many respects. He tends to compress an awful lot into his sentences, and says an awful lot in a very distilled way," she said.

"It's a bleak collection, very bleak, but he has such attention to detail and is a real storyteller, a real craftsman."

Although many of the stories in the collection are set in the past, the judging panel "felt the themes still really resonated", she added. "A lot of the characters in the stories are victims of circumstance, stuck trying to navigate a path through life which is virtually impossible. And we thought that in today's world, with the recession, people losing jobs, the stories resonated through the decades and said something to us on the judging panel about the inevitability of the path life can take when you're caught in the grip of something much larger than you are."
Full story - Guardian
Posted by Beattie's Book Blog at 9:00 pm