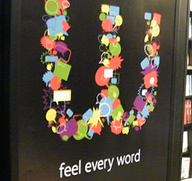 Waterstone’s has introduced a dedicated teen section at its flagship Piccadilly store, following successful trials of a new-look teenage area in four branches during the summer. The redesigned section has also been rolled out in Manchester Deansgate, Kingston and ­Nottingham.

Waterstone’s teen section used to form part of its children’s section but was moved to its own distinct area. Waterstone’s children’s buying manager Sarah Clarke said that the chain would continue to evaluate which aspects of its redesigned children’s sections would be put into place in its key stores before Christmas.
She said: “Teen continues to perform extremely strongly in our trial stores with sales over recent weeks being more than 60% up year on year.”

As part of the trial, booksellers separated teen titles (for younger teens) from young adult (YA) material, which is seen as more crossover.
The new YA selections include titles written for adults that also appeal to teenage readers.
The branches also introduced their own featured areas.

Waterstone’s customer ­feedback suggested that the seating area and overall look of the teen section had proved popular.

Phil Earle, Simon & Schuster sales director, said: “We are delighted to see the separation of teen and YA sections. At some point sales of paranormal romances will dip and Waterstone’s will be well-placed to take readers into the next big thing.”
Posted by Beattie's Book Blog at 7:46 am