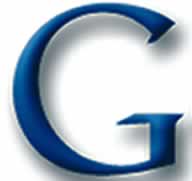 Books must be allowed to find their readers, says Google

Readers rather than publishers should decide the books they want to read, a Google executive told a debate on digital's effect on publishing. Santiago de la Mora, the internet company's director for print content partnerships, was one of the speakers at The Literary Consultancy's Big Publishing Debate held last night.

Other speakers included Faber c.e.o. and publisher Stephen Page, Canongate digital editor Dan Franklin and technology writer Bill Thompson. Amazon.co.uk head of books Gordon Willougby pulled out of the debate at the last moment. De La Mora defended Google's Book Search, which will allow consumers to find, preview and buy titles through Google. The expanded Google Book Search, which will include out of print books and titles Google scanned without permission, is currently waiting final approval by the US Supreme Court after several years of legal wrangling.

De La Mora argued the role of Book Search was to try and find readers for every book, whether it was in or out of print. He said: "Around 75% of books are out of print. It's means zero revenue for the author. The tragedy is that if you want to be published, read and earn a living from books being out of print is a shame. We believe the internet can actively be helpful and give longer shelf lives to books."

He stressed to an occasionally hostile crowd of agents, retailers and authors that copyright holders would be able to recommend the prices of their content through Book Search and could choose to opt out entirely. De La Mora said currently readers make the final decision about the books they buy but this choice is only from the titles publishers choose to keep in print. He said: "The role we are trying to play is helping books find their readers. One fundamental truth is every book has its reader. Through Search it's much easier to find those niches. Even a niche book that is not economically viable to publish may all of a sudden have a very strong readership if you make it available to every English speaker."

Both Page and Franklin maintained the importance of the editor within the digital age. Franklin said: "If you are a setting up a company, you still need someone to read books and give a second opinion on them. That relationship and dynamic is still very important."

Page later argued: "The fundamental of an editor is that the role sits in the middle of what a publishing house is. Without it, it's merely a marketing consultancy. With digital change the role of the editor may rise. In some ways what they could take on is the role of an impresario."
Posted by Beattie's Book Blog at 6:34 am