Nielsen Book today announced the launch of BookScan India.
The BookScan Indian panel collects sales from 3 October with the first week’s charts released on Friday 15 October. It is estimated the panel covers over 50% of organised book sales in India and by the end of 2010, in a typical week, the panel will measure over 55,000 different titles, with a combined sales volume of over 500,000 units and value of R12 Crore (approx £1.7million a week).

The launch of the Indian panel in October 2010 will bring the number of territories in which the service operates to 10.

BookScan sales data will be available to subscribing clients and participating retailers on a weekly basis just six working days after the measured period ends, via BookScan Online, the company’s flexible, web-based analysis tool. The panel launches with 24 booksellers including independents, medium and large chains and online retailers which include: Full Circle, Landmark, Reliance Time Out and Flipkart.

BookScan charts and title sales are available for all genres. Market information can be analysed by various criteria including category, publisher, country of publication and format. Market trends are readily linked to the titles driving the results, so patterns can be interpreted easily. The actual price paid for the book will also be tracked so levels of discounting can also be calculated. 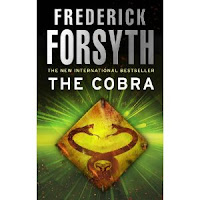 Nielsen Book has been collecting test data, which is already providing valuable insights into the Indian market with Frederick Forsyth’s The Cobra heading straight into the number 1 spot last week and Chetan Bhagat taking 4 of the top 10 chart places.

Nielsen Book will be at the Frankfurt Book Fair, Stand H904, Hall 8 and welcomes enquiries on the new service and look forward to meeting Indian publishers and booksellers to develop the panel further.
Posted by Beattie's Book Blog at 12:36 pm