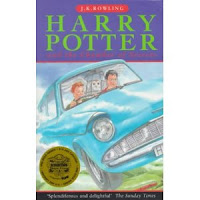 The two framed hand-written pages, signed by the author JK Rowling and originally written as part of Harry Potter and the Chamber of Secrets will be shown at the Wigtown festival, Newtown Stewart.

They feature ‘The Ballad of Nearly Headless Nick’, which was eventually edited out of the second book before publication.

The manuscripts were donated by Rowling to the Scottish Language Dictionaries in 2005 to help fund a new Scottish language dictionary. They will be displayed at Reading Lasses bookshop.

The festival will run from 24 September until October 3.