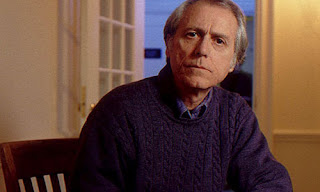 
The "combination of terror and comedy and sheer song" in his writing means that "everyone wants to give Don DeLillo an award", according to Philip Roth and his fellow judges on the panel for the PEN/Saul Bellow award for achievement in American fiction. This weekend "it's our turn", their statement added.

The Underworld author has been named winner of the $25,000 (£16,000) prize, which goes to an American fiction writer whose work "possesses qualities of excellence, ambition, and scale of achievement over a sustained career which place him or her in the highest rank of American literature". Roth, a previous winner, and his fellow judges Nathan Englander and Joan Acocella said it was "fitting" that an award honouring Bellow should go to DeLillo, as "both men were historical novelists who, in their most ambitious works, dealt with American life in the mid to late 20th century, after World War II, and with the dark knowledge we acquired therein".

"In DeLillo, though, because of his later place in time – he was born in 1936 – the knowledge is graver, and crazier," the judges said.

Author of 15 novels and four plays, DeLillo told PEN that it was a "special honour" to be given a prize bearing Bellow's name. "I still have my old paperback copy of Herzog, a novel I recall reading with great pleasure," said the author, answering questions by fax. "It wasn't the first Bellow novel I encountered – that was The Victim, whose opening sentence ('On some nights New York is as hot as Bangkok') seemed a novel in itself, at least to a New Yorker. Bellow was a strong force in our literature, making leaps from one book to the next. He was one of the writers who expanded my sense of the American novel's range, or, maybe a better word for Bellow - its clutch, its grasp."
Read the full piece by Alison Flood at The Guardian.
Posted by Beattie's Book Blog at 5:30 am