Sharp said it would launch an e-book service and tablet-style computer in Japan in December, taking on Apple's iPad and domestic rival Sony's Reader. 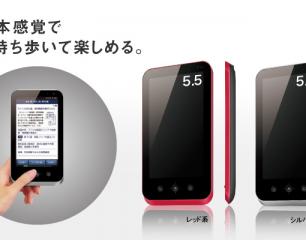 Sharp's GALAPAGOS reader will go on sale in December, and will initially offer access to about 30,000 books, newspapers and magazines, the company said at a launch event in Tokyo. It plans to expand its offering to include movies, music and games next year.

The launch of the new reader comes four months after the iPad was launched in Japan and is set to clash with a domestic offering from Sony. Japan's powerful and conservative publishers have slowed efforts to create an e-book market in Japanese.

Sharp hopes to sell about 1 million units of the WiFi-only tablet in 2011. The gadget features Google's Android operating system and comes with either a 5.5-inch or a 10.8-inch screen. Sharp did not reveal prices.

The firm is also considering launching the gadget overseas and is in negotiations with Verizon Communications of the United States, Masami Obatake, director in charge of the company's communications business, told reporters.

Sony has said it will launch its own reader and e-book service in Japan by the end of the year, in cooperation with telecoms operator KDDI, the Asahi Shinbun newspaper and printing company Toppan Printing
Posted by Beattie's Book Blog at 2:20 pm