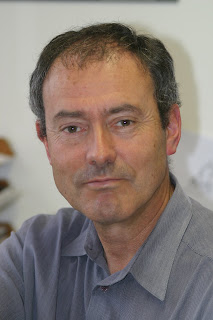 Allen and Unwin has announced that Paul Donovan will step down from his full-time role at the end of February 2011.

After leaving New Zealand to settle in Melbourne, and cutting his teeth at the Hill of Content Bookshop, Paul joined Allen & Unwin in 1977, soon after the company was established in Australia. He quickly became Sales Manager, subsequently Sales and Marketing Director, and Managing Director from 2005 to 2008.

Chairman Patrick Gallagher said “I have gone on record before as saying that without Paul Allen & Unwin could never have achieved what we have in Australia and New Zealand. Paul is perhaps best known, and respected throughout the book trade, for his mastery of sales and marketing strategy and follow through. However it was the publishing sensibility with which he approached all his roles which underpinned his success and enabled him to make such a unique contribution. He has brought a combination of entrepreneurial ideas and sage advice (sometimes channelling his "friend Prudence") to the Australian publishing program, while at the same time it's his expertise that has so often made A & U the first port of call for independent publishers seeking to do business in Australia.

In short, Paul has epitomised the Allen & Unwin culture of a twin passion for books and for bringing those books to market. While thanking him on behalf of all his colleagues I'm also delighted that he will remain a director and shareholder in the company, and will continue to work with us in a number of areas."

Robert Gorman, CEO, said "Like many, I learnt so much of what I know about the publishing industry from Paul. He is generous with his knowledge, wise and above all, a lover of great books and strong sales. His network of friends and colleagues spans every part of the industry and is testament to his inquiring mind and encouraging nature. The clocks will stop when he leaves the building at Allen & Unwin."

Paul Donovan said “It has been a great pleasure to have played a part in this industry these past thirty-five years and more so to have had the opportunity, for almost all of this time, to work with Patrick Gallagher in building Allen and Unwin from a small UK subsidiary with a staff of ten to helping steer it through an MBO to the major independent it is today. It has been a privilege to have worked both particularly with Patrick - he has always been my number one colleague and mentor -- and with all the Allen & Unwin family, past and present. They are, I'm sure, as proud as I am of this great house which we have all helped to build. My heartfelt thanks go to you all and to the authors and booksellers, business colleagues and fellow publishers with whom A&U has been associated over the years for making this journey so successful and, at the same time, so much fun. It's time now for me to get out of the way".

Footnote:
Like many in the NZ book trade I have known, and admired, Paul over many years. A former Christchurch boy who has lived in Oz most of his adult life he always had a good understanding of the NZ book trade and the many differences between the NZ and Australia book scenes.


It sounds to me like he may be moving towards a partial retirement and The Bookman wishes him well in this change of scene.

Thanks for all you have done for the book over so many years Paul and congratulations on the significant part you have played in making Allen & Unwin the great publishing force that it is today on both sides of the Tasman.
Posted by Beattie's Book Blog at 10:43 am