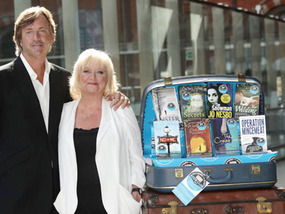 A FIRST-TIME novelist has become an overnight success – and it is all thanks to Daily Express columnists Richard Madeley and Judy Finnigan. 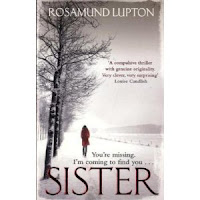 They recommended Rosamund Lupton’s book, Sister, to members of their influential Richard and Judy Book Club – swiftly prompting 56,000 copies to be sold this month alone.

“I am absolutely over the moon,” says the Cambridge graduate, 46. “As a new writer I never dreamt my book would get into the bestseller list. I feel extremely lucky and grateful to Richard and Judy for choosing my book. It’s like a fairytale for a new author – I’m still pinching myself.”

Since they began publishing a shortlist of their favourite reads in 2004, the couple’s endorsements have become hugely sought after.
Posted by Beattie's Book Blog at 7:53 am