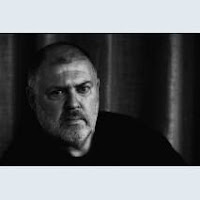 
Antipodes is a highly regarded North American Journal of (up until the current June issue) Australian / literature.

As a permanent resident in Australia for twenty years, I have published much creative non-fiction prose in addition to poems in Antipodes over the years.
In this context it is worthwhile noting that I have been pushing the concept of transtasman literature (my spelling – as in ‘transatlantic’) for some time.
I coined the term, transtasman as opposed to the customary, Trans-Tasman label, to suggest a closer cultural identity between the two countries.

A ‘third’ literature or poetic, neither one nor the other, but a combination of both, etc. It is a malleable concept I have played around with for some time.

This undoubtedly is a positive development on behalf of Antipodes that will contribute strongly toward developing a vibrant and sustainable transtasman literature. I celebrate the initiative.
Stephen Oliver

Yes, we have finally done it! After many years of answering questions about why we do not include New Zealand, both the organization, now the American Association for Australasian Literary Studies, and this journal, with its new subtitle, have embraced Aotearoa. And we welcome submissions of expository material and reviews on New Zealand writers and from New Zealand critics. The creative material (fiction and poetry) will continue to be exclusively Australian.

This is not a huge shift in practice, as we have, de facto, been publishing pieces, such as Helen Gildfind’s essay on Janet Frame, Norman Oder’s piece on Alan Duff, and Stephen Oliver’s periodic Trans-Tasman meditations, pertaining to New Zealand, and New Zealand books by Mark Pirie, Jenny Robin Jones, and Norman Simms have long been treated in our reviews sections, But this formal avowal of New Zealand will help reconfigure the journal into a more cosmopolitan and transnational forum and hopefully enable us to draw more on the surprisingly large contingent of scholars in the US and Europe interested in New Zealand.

The change of the subtitle is, to my mind, at least as important. As I indicated in an essay published in the April 2010 issue of Austalian Book Review, Antipodes has never been exclusively Americana in its perspective on Australian literature, but has published many essays by Australian critics, as well as, from early on, Continental European scholars of the Antipodes, supplemented more recently by voices from India and China. Our contributors have always been ‘international’ (to use the modernist term) or ‘global’ to use the postmodern one. Although ‘international’ is perhaps more elegant as a term than ‘global’, by a similar logic as implied by Jahan Ramazani in his influential 2006 essay in Modernism/Modernity, that modern ‘bricolage’ is more nuanced than postmodern ‘hybridity’, we have decided to ‘bear us like the time’ (the closing line of Shakespeare-and-collaborator’s TheTwo Noble Kinsmen) and use ‘global’. The reality this overused adjective nonetheless indicates is that our vsion is not confined to e.g. how Mark Twain viewed Australian writers, but offers a window on a discourse of Australian and New Zealand writing that is now truly worldwide. Incidentally, ‘Australasia’, admittedly a not-uncontested term, includes the South Pacifoc as well; essays on Fijian, Tongan, Tahitian, New Caledonian and of course New Guinea literature or cultural studies are most welcome). The journal will continune to be edited from. within the US, by Americans; most of our reviewers will continue to be American or Canadian; and the orgnazation will continue to have the adjective “North American”.
But we are open to the entire world, and, importantly, to essays comparing British literature with that of Australian and New Zealand comparative studies do not have to always include an American ‘leg’, however gratifying it is when they do, as in the allusion to the late and much-missed Americam scholar Matthew Bruccoli in Carmel Bird’s new novel, Child of the Twilight (an excerpt of which appears in this issue).

That being said, the visible changes to the journal will be minimal. I had feared that rising costs would lead us to go to a smaller format and eliminate the cover art; but it seems, fiscally speaking, we will be able to avoid doing so. And Antoni Jach’s searing and sombering cover image should remind us of just how fortunate that is, and how art can, in this case, capture the agonized sublime of ecological catastrophe, one of the problems make ‘the global’ as much a term of shared crisis as one of mobile euphoria. Or, as the material devoted to Kevin Hart’s work in this issue might cause us to reflect, that the metaphysical at times makes even the global seem provincial.
Nicholas Birns
Posted by Beattie's Book Blog at 3:22 pm