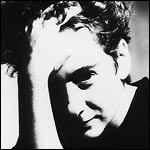 Jeanette Winterson, whose troubled childhood as the adoptive daughter of Pentecostal evangelists was explored in her famous first novel Oranges Are Not the Only Fruit, is to write a ­memoir.

The book will be published as a Cape hardback in October 2011. CCV deputy publisher Rachel Cugnoni, who bought UK and Commonwealth rights from Caroline Michel at PFD for a six-figure sum, said the memoir would focus on Winterson’s early years. “Everyone gets bruised in the early journey of their life, and Jeanette’s journey was more difficult than most,” Cugnoni said.

“She was adopted by a woman who was very charismatic but not the most obviously loving person, and that has had reverberations throughout her life. It’s no secret that she has struggled and had relationships which broke down. It’s something she addressed originally through fiction, but now she wants to strip it down a layer further.”

Cugnoni said Winterson had gone through a period of “re-examination” following her 50th birthday last year, emerging “a changed person, and slightly more at peace”. The book, bought on proposal, would be very uplifting she predicted.

The memoir will be entitled Why Be Happy When You Could Be Normal?, the question asked by her mother when Winterson left home at 16 after falling in love with another woman.

Winterson will visit the Frankfurt Book Fair to see her international publishers, with a terrific buzz in the foreign markets about the book, said her publisher
Posted by Beattie's Book Blog at 10:08 pm