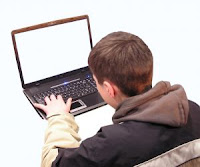 There’s a new working paper (summary here; PDF here) from Ofer Malamud and Cristian Pop-Eleches called “Home Computer Use and the Development of Human Capital.” As they point out, the “digital divide” (within countries and between them) can be vast, and a great deal of governmental (and non-governmental) resources are being spent to address it. (In the U.S., the authors write, “less than half of children with family incomes under $25,000 lived in a household with a computer, compared to 92 percent of those with family incomes over $100,000.”)

It is a logical assumption that the children with computer access have a huge advantage in gaining human capital, yes?

But the tricky part is untangling the cause and the effect. As we’ve written in the past, children who grow up in homes with a lot of books are likely to do better in school than kids from homes without books — but not necessarily because they spend all their time reading. The data suggest that kids from homes with lots of books simply have smarter parents.

Malamud and Pop-Eleches have found a good variable to exploit in asking a similar question about home computers; from their abstract (emphasis mine):

We collected survey data from households who participated in a unique government program in Romania which allocated vouchers for the purchase of a home computer to low-income children based on a simple ranking of family income. We show that children in households who received a voucher were substantially more likely to own and use a computer than their counterparts who did not receive a voucher. Our main results indicate that that home computer use has both positive and negative effects on the development of human capital. Children who won a voucher had significantly lower school grades in Math, English and Romanian but significantly higher scores in a test of computer skills and in self-reported measures of computer fluency. There is also evidence that winning a voucher increased cognitive ability, as measured by Raven’s Progressive Matrices. We do not find much evidence for an effect on non-cognitive outcomes. Finally, the presence of parental rules regarding computer use and homework appear to mitigate the effects of computer ownership, suggesting that parental monitoring and supervision may be important mediating factors.

So: having a computer at home helps kids develop computer skills. (Okay …) But it seems to lower their grades in math and reading.
The rest of the story at NYT.

Posted by Beattie's Book Blog at 8:23 am