Monday night, at the historic Thistle Inn, the Wellington Branch of the New Zealand Society of Authors was fortunate enough to host Mia Farlane, briefly back in New Zealand after the success of her debut novel ‘Footnotes to Sex’.    The room was filled with family, friends, fans and fellow writers. 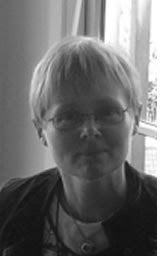 Mia comes with a literary pedigree, as the daughter of Marilyn Duckworth and the niece of Fleur Adcock, but she has made her very own literary mark, away from their influence and out from the shadow of their fame.   Although, she did have the audacity at the age of twelve to write a play which was screened on New Zealand national television – so already, at that tender age, the literary seeds were sown.

It was a very successful evening in which Mia talked about being a writer, and also did several readings from her novel.   Everyone who has ever been to a book launch knows that readings are not always entirely successful.   I have to say that Mia’s readings were most entertaining, and very well received.  As Catherine Taylor of the Guardian writes, “Farlane’s ear for comic dialogue is superb.”    The audience last night would have to agree. We were utterly enchanted by the comic dialogue and in particular a conversation whereby a character named May is contemplating deferring her PhD – and the comical conversation that ensues when we realise May cannot defer her PhD because she actually hasn’t even started it. I enjoyed it when Mia told us that it was “a revelation to her when she realized that her character May had not even started her PhD” – she said, that when she started the novel she had no real idea where it was going.   AND, believe it or not, that she had culled seven characters from the novel!       She revealed that every character in the novel is “a mixture of people I have known”.    She said she combines that with self-knowledge, exaggeration and then this is concentrated

Mia spoke of important influences in her reading and writing life such as Jean Rhys, Simone de Beauvoir, and even earlier in life, a French teacher at Wellington Girls’ College in the third form who told the class they were the crème de la crème.    Mia went on to study French and Literature at Victoria University and more recently completed an MA in Creative Writing at Middlesex University.    She told us that it has taken her about seven years to write her first novel and at first she just wanted to write an “inspiring novel about a woman who succeeds”.    She said she had a personal preoccupation with not wasting her own life, and not knowing where she was going and she felt she had put the flavor of all this worrying into her character May.    She also told us that she was quite shy about sharing her written work during the MA but had relished the opportunity to catch up on a whole lot of reading and that the reading during the MA had been most useful.   Mia has her own small writing group in London whom she trusts to share her work with.
She spoke about being a fan of Sarah Waters, and eventually being lucky enough to meet with her at a literary event.    Sarah Waters agreed to read some of Mia’s novel and she liked it so much that she referred Mia to her own literary agent, which then led to the publication of “Footnotes to Sex”.

When questioned about the quite raunchy title of her novel, Mia told a story about entering a bookshop in the United Kingdom where her book was on display.   She picked up a copy and went to the Manager to ask if they wanted her to sign some copies.   The Manager was relieved – he thought she was coming over to complain about the book’s title.     Mia pointed out that the title implies that “footnotes are all the talking that happens when you’re not having sex.”

It was a most enjoyable evening and we are grateful that Mia found time in her brief visit to New Zealand to talk to our local membership.    Earlier this week, there was a quote on the blog that “The Chairman of the Orange Prize, Daisy Goodwin, has ploughed her way through novels full of ‘grimness’ “.
Mia’s novel is not one of those - go find yourself a copy of her novel and enjoy!