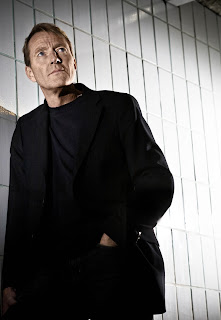 A COMPETITION is being run on New Zealand-based crime and thriller fiction blog, Crime Watch, for entrants to win one of two (2) free double-passes to meet international bestselling thriller writer Lee Child at his event in Takapuna on 11 April 2010.

One of the biggest names in international fiction, Lee Child (creator of the immensely popular Jack Reacher series of thrillers), is making a short visit to New Zealand in mid April, as part of an international tour in support of his 14th and latest thrller, 61 HOURS, which immediately leaped to #1 on the International Adult Fiction bestsellers list when it was released in New Zealand on 19 March. Child's thriller have sold almost 20 million copies around the world. This is the first time he has visited New Zealand since 2005.

In a recent interview with NZLawyer magazine, Child said he was greatly looking forward to meeting some of his New Zealand fans and readers in April. "It's terrific for me, New Zealand," he said. "In a way it was probably the first country that really went for Reacher in a big, big way, and I'm very grateful for that. I think New Zealanders picked up on [my books] very early - I think it was the first novel [KILLING FLOOR] when they really went for it, so the fans there have been with me for a long time."

The first author event of Child's short New Zealand tour will be held at 7pm on Sunday 11 April 2010, at Rosmini College Auditorium in Takapuna, That first event will be MC-ed by highly-regarded book industry commentator Graham Beattie, of Beattie's Book Blog fame. Beattie is a former Managing Director of Penguin Books, and a former Books and Poetry Editor for Citymix magazine, and is now also a book reviewer, book awards judge, and consultant to the industry,

At the Takapuna event, Lee Child will talk about creating characters and writing his popular Jack Reacher thrillers, among other topics. Attendees will have the opportunity to ask questions, meet Lee Child, and have their books signed following the discussion. Tickets to Lee Child's New Zealand events are selling fast, with the Wellington event already sold out. Tickets to the Takapuna event are $15 each, and can be puchased through Eventfinder, at http://www.eventfinder.co.nz/2010/apr/takapuna/lee-child-writer-event

Courtesy of the Takapuna event organisers, there is a competition being run on Crime Watch, a New Zealand-based blog focused on crime and thriller fiction, where entrants can win one of two free double-passes. Readers interested in entering the competition to win a free double-pass to see Lee Child on 11 April, can enter here: http://kiwicrime.blogspot.com/2010/03/win-tickets-to-meet-lee-child-in.html
Posted by Beattie's Book Blog at 8:08 pm