In October 2009 it was announced that Allen & Unwin had become a significant shareholder in UK independent publisher, Atlantic Books. This partnership formally commences on 1 May 2010, when Allen & Unwin will officially take on the representation of Atlantic’s business in Australia and New Zealand (previously with Penguin).

Patrick Gallagher, Allen & Unwin Chairman, said of the partnership:
‘We are constantly looking for ways in which A&U can grow, and if that growth has an international dimension, so much the better. Accordingly, I’m delighted that we have made an investment in Atlantic Books, a fast growing UK independent publisher with a high quality list. CEO Toby Mundy and Publisher Ravi Mirchandani are two of the best in the business.’ 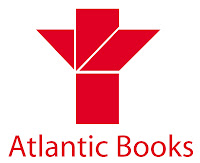 Toby Mundy, CEO and Publisher at Atlantic Books, said:
‘Atlantic Books has prospered within the Independent Alliance and it remains an important part of our world; now the business is strengthened significantly by these new relationships with Allen &Unwin and Grove/Atlantic Inc, the finest independent publishers in Australia and the United States.’

The partnership entitles Allen & Unwin to a seat on the board of Atlantic Books, and the two companies will work together to not only distribute Atlantic’s list in the Australia and New Zealand region, but also to publish a select number of ANZ titles under the Allen & Unwin imprint in the UK through Atlantic.

36 ARGUMENTS FOR THE EXISTENCE OF GOD: A WORK OF FICTION
by Rebecca Goldstein
NZRRP $35.00 paperback.
When atheist Cass Seltzer’s book makes him a sudden celebrity his life is upended and his theories of religious experience are tested.

COOKING DIRTY: LIFE, LOVE AND DEATH IN THE KITCHEN
by Jason Sheehan
NZRRP $39.99 paperback.
A memoir that reveals the hell and glory of life at the unglamorous, grungy, low-paid frontline of America’s diners and down-and-dirty joints.

DESERT
by J. M. G. Le Clézio,
NZRRP $38.99 paperback.
Winner of the Nobel Prize for Literature in 2008, Le Clézio’s epic novel spans the twentieth century and ranges across two continents, from the North African desert to the streets of Marseilles.

APPALOOSA
by Robert B. Parker
NZRRP $35.00 paperback.
The return of the Western, from the legendary Robert B Parker, one of the US's bestselling authors.
Posted by Beattie's Book Blog at 11:08 am