A Change in Altitude
by Anita Shreve
(Hachette $38.99)
Reviewed by Carroll du Chateau

Anita Shreve is fascinated with relationships. And this story, which explores a new marriage set against the backdrop of Africa, puts yet another relationship under the microscope.
This time the setting is Kenya, where Shreve worked as an editor and travel writer during the mid-70s. She extensively mines her knowledge of the area - both political and social - for her latest novel. Indeed, it is an incident that takes place during a climb up Mt Kenya that is the pivotal event of the story.
Margaret, the heroine, is a young photo-journalist married to a doctor doing his time in Africa. He is busy: she is not. But although the novel is told through Margaret's voice, and uncaring young husbands can be infuriating, I found it almost impossible to build empathy with her.
Her inertia, especially around getting herself fit for the climbing expedition, is unconvincing. Indeed, until her husband apologises for not taking better care of her on the mountain, I had not realised that she was neglected. She seemed plain annoying.
On the upside, the working, angry Margaret is a more interesting character. The journalist she works with is more interesting still.
And we have been warned: The title of Shreve's novel, A Change in Altitude also, and more importantly, is about the power of a change in attitude.
Shreve is an accomplished, elegant, writer with a huge following. There are no plonky dollops of back-story here. Instead the descriptions of Kenyan life in the relatively settled, balmy '70s, is deftly woven around the human narrative. The colours, the animals, the social dynamics of the ex-patriot lifestyle of the day are well described. And the story, thin as it is, is delivered cleverly, with suspense that keeps the pages turning.
But when I closed the book for the last time I felt unsatisfied. The characters are too restrained, maybe too British, to make you care about them. Even Margaret's lacklustre husband doesn't deserve the treatment he gets.
Comparisons are odious but, when measured against Ann Michaels' The Winter Vault, the more risk-taking, blowsy, untidy novel of the same plot, it seems thin and unexciting. c
Carroll du Chateau is an Auckland reviewer.

The Other Family by Joanna Trollope
(Random House $38.99)
Reviewed by Carroll du Chateau 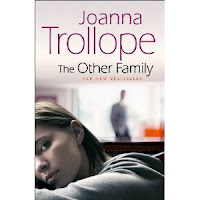 Over the years - and rather unkindly, in my opinion - Joanna Trollope's books have tended to be relegated to the category of "Aga saga". In other words, unchallenging novels set around the massive heat storage Aga stoves that middle-class Englishwomen love to gather around on chilly mornings, cook on and use to warm their drafty mansions.
But Trollope is much better than that. Her genius is to take a social problem and discuss it through the everyday lives of everyday people. It's not her style to editorialise, nor to preach, she just lets thoroughly believable characters play out the dramas, page by page.
This latest novel is particularly relevant. It deals with death, divorce, life with adult children and much more.
The core of the story is the sudden death of Chrissie's husband, Richie. Except that he's not her husband but her partner of 23 years and the father of her three daughters. For most of those years she's worn a gold ring on the third finger of her left hand and pretended. Now she has to face the fact that not only is she an unmarried mother, there is also another wife (and genuine widow) and grown-up son to deal with. Why? Because although her "husband's" relatively new will leaves Chrissie and his daughters most of his meagre fortune including the house, his treasured piano and his early music scores are bequeathed to a first family he rarely mentioned.
What Chrissie finds so hard is the fact that, during all the years he shared a life with her, Richie never asked her to marry him nor divorced his first wife. And, as his will spells out so clearly, he still had feelings of loyalty towards his first wife and their son.
Trollope describes both families with equal understanding. Her description of the way Chrissie's once-ordered house falls into confusion after the funeral is so understated it's brilliant. The broken-off and often disjointed conversations between the mother and her daughters have the ring of reality.
But it is the first wife and her son, introduced into the story in chapter two, who are dealt with most sensitively. Trollope paints the picture of a woman building on her self-confidence and Northern English backbone on the back of a piano, some old sheet music - and being remembered. Meanwhile the shortcomings, weaknesses and magnetic personality of Richie, the dead and buried piano player, are dissected and laid out for all to see as skilfully as any pathologist might.
Instructive, mannered and beautifully written, this is a book that focuses on a modern predicament with an eagle's eye. Grief, love, jealousy, half-buried loyalty, and plain old cowardice are examined from all angles with the writing talent of a modern Jane Austen.

These two reviews by  Carroll du Chateau  were first published in  Canvas magazine, part of the New Zealand Herald on Saturday 20 March 2010 and are reproduced here by permission of Linda Herrick
Arts & Books editor, NZ Herald
Posted by Beattie's Book Blog at 1:56 pm