Apple’s iBookstore on the forthcoming iPad is set to get larger. The company has just signed a deal with two more independent publishers to sell electronic versions of their books on the new device.
Ozier Muhammad/The New York Times 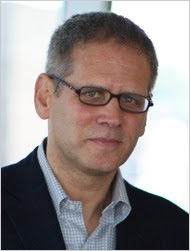 Perseus Books Group, a large independent publisher that also distributes works from 330 other smaller presses including Grove/Atlantic, Harvard Business School Press and Zagat, signed a deal last week with Apple, following five of the six biggest publishers that have already signed such agreements.

Separately, Workman Publishing Company, responsible for the “What to Expect” series, novels like “Water for Elephants” and the Silver Palate cookbooks, also signed a deal with Apple.

The Perseus and Workman agreements come as Amazon.com, the largest e-book seller in the United States and the maker of the Kindle e-reader, is pressuring publishers that have not yet signed deals with Apple to refrain from doing so. With Apple’s iPad coming on the scene, Amazon is fighting to keep as much of its market lead as possible.

Publishers have provisionally welcomed Apple’s entry into the market because Apple is allowing them to set consumer prices, within limits. Publishers have had no control over prices at Amazon, which has generally sold new releases and best sellers for $9.99, a price that publishers feared would erode profits in the long term.
Full story at NYT
Posted by Beattie's Book Blog at 6:29 am