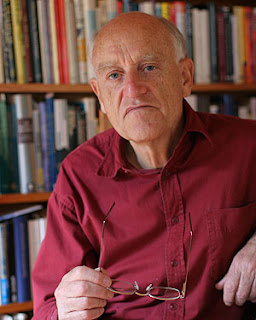 Last Season’s Man is set in Croatia, where a young writer criticises a hugely respected elder in an article, bruising his ego and damaging his reputation among the intellectual community. The bittersweet ending reveals who has the last laugh.

Judge Hanif Kureishi comments:
“Last Season’s Man is a wry, perceptive look at rivalry and love. It was a pleasure to read, and is a fine example of how a short story should be constructed and written. It is a dignified and apt choice for the first occasion of the prize.”

CK Stead says:
“I was excited by the idea of The Sunday Times EFG Private Bank Short Story Award – treating the short story with the kind of seriousness it has received for example in France; and I’m immensely pleased and grateful to have won it.”

The Sunday Times EFG Private Bank Short Story Award is a new annual literary prize that builds on the success of the innovative weekly short-fiction slot in The Sunday Times Magazine launched by the deputy editor, Cathy Galvin.

The judges of the inaugural prize are: Booker prize-winning novelist and poet AS Byatt; novelist, director, playwright and award-winning author Hanif Kureishi; renowned interviewer and writer Lynn Barber; bestselling author Nick Hornby, Oscar-nominated for his screenplay adaptation of An Education; and the literary editor of The Sunday Times, Andrew Holgate. The non-voting chairman of the judges is Lord (Matthew) Evans, chairman of EFG Private Bank and the former chairman of Faber & Faber.

Lord Evans comments:
“EFG Private Bank is very pleased to be able to support Cathy Galvin and The Sunday Times Magazine in offering a prize which encourages writers across the globe. The breadth of submissions supports the fact that the short story is a thriving genre and the shortlist highlighted both new voices and much-lauded writers. Congratulations to our inaugural winner, CK Stead.”

The shortlist of six, were taken from a longlist of 20 writers, which was chosen from 1,152 entries. The winner was announced at an evening event at The Sunday Times Oxford Literary Festival on Friday, March 26. The shortlisted stories will be published in The Sunday Times Magazine, starting with the winning story on March 28. The award is administered by Booktrust.
Posted by Beattie's Book Blog at 1:19 pm