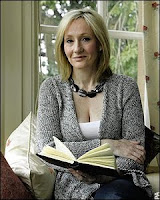 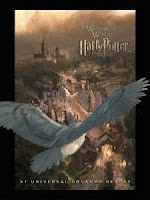 Universal said this week its new Wizarding World of Harry Potter park in Florida will open on June 18 and gave new details of the rides based on Rowling's fantasy novels about the boy wizard.
The seven wildly popular books have sold more than 400 million copies worldwide and spawned a movie franchise that has earned billions of dollars.
In the books and movies, the founders of the Hogwarts houses of Gryffindor, Hufflepuff, Ravenclaw and Slytherin are referenced but are long deceased. At the park, the characters will come to life.

"We have those appearing as actual talking portraits. They speak to you in the Harry Potter in the Forbidden Journey (ride)," Alan Gilmore, art director on the Harry Potter films and for the park, told Reuters.

"They are unique to the Wizarding World of Harry Potter so that is a really big point for the fans. They actually get to meet these people and understand who they are."

Rowling was consulted throughout the development of the 20-acre (8-hectare) park and signed off on the details, the designers said. Universal declined to discuss how much Rowling was paid, the costs of construction or revenue projections.

The Orlando Sentinel newspaper said the park was a $200 million (135 million pound) investment for Universal Orlando, which is owned by the Blackstone Group and General Electric unit NBC Universal.
Posted by Beattie's Book Blog at 11:40 am