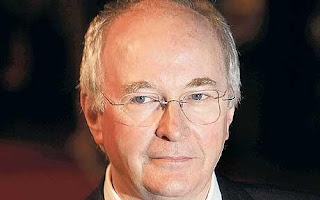 Photo - Philip Pullman is expected to have special security when he appears at next week's Oxford Literary Festival.  Photo: AP 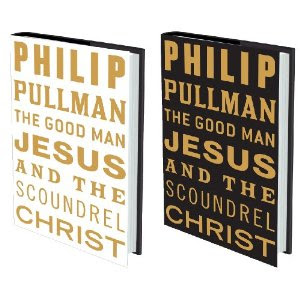 The atheist writer, 63, claims he had received dozens of angry letters from critics accusing him of blasphemy in his new book “The Good Man Jesus and the Scoundrel Christ”.
The author of the best-selling His Dark Materials trilogy has received scores of letters condemning him to “eternal hell” and “damnation by fire”.

In the book Mr Pullman writes that a man called Jesus lived 2,000 years ago but that Christ, as the son of God, was the invention of the disciple Paul.
The book, to be published next week, is in the form of a gospel and is partly inspired by Rowan Williams, the Archbishop of Canterbury.

Neither Mr Pullman, who is expected to have special security when he appears at next week’s Oxford Literary Festival, nor his agent were available for comment on Sunday.
But the author earlier told The Sunday Times that he had been threatened by some people who were concerned about the book. It is not clear if authorities have been contacted.

“Many refer to the title itself, for which there is clearly a passionate objection from some out there,” he said. “The letter writers essentially say that I am a wicked man, who deserves to be punished in hell.
“Luckily it’s not in their power to do anything like sending me there.”

Books by Pullman, an honorary associate of the National Secular Society, have previously been criticised by the Catholic League for Religious and Civil Rights.
His critics often cite an interview in which he reportedly said: "I'm trying to undermine the basis of Christian belief”.
Last year he was one of several authors who attacked the introduction of the new Independent Safeguarding Authority anti-paedophile database.

One of his earlier books, Northern Lights, was turned into the film The Golden Compass starring Nicole Kidman and Daniel Craig.

Story from The Guardian.

The title will be released in NZ in May by penguin Books.
Posted by Beattie's Book Blog at 6:30 am