Not from round these parts: Author Lloyd Jones explores the dislocation of a young African woman

It is the lot of New Zealanders to be peripatetic, says Booker-shortlisted 'Mister Pip' author Lloyd Jones. But at least they have somewhere they can always call home – unlike the protagonist of his latest novel
By James Kidd, The Independent, Sunday, 21 November 2010 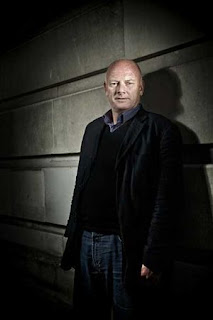 Jones says: 'Ines is part of this large wave of faceless people washing over Europe'

A rainy Saturday in Streatham, south London, seems neither the time nor the place to meet the New Zealand writer Lloyd Jones. But then again, where exactly should I find the author of the Booker-shortlisted Mister Pip, a novel that was itself set in the most unlikely of locations: Bougainville, the largest island of the Autonomous Region of Bougainville in Papua New Guinea?
Jones chooses Streatham today because his partner, Liz, lived here for 15 years. Jones himself first visited London as an 18-year-old, an experience he describes as uncanny. "I remember the plane circling and seeing the city through a break in the cloud. It was like a picture book. It is an odd, dislocating moment for people from the other side of the world coming here. It's strangely familiar but it hasn't been experienced yet."

The 55-year-old has spent much of his adult life abroad, though his home remains close to his birthplace in Lower Hutt, near Wellington. New Zealanders are great travellers, he explains, but they also tend to have strong homing instincts. "If you're from a small place and surrounded by ocean, then inevitably your eye is drawn to the horizon. But we're sojourners. We're not like the Africans, Indians or Pakistanis, who come here because it's a better world. For generations we were quite secure that our world was better. We were just inspecting the source before going home." After beating us at rugby, I add. "Thrashing you at rugby," Jones corrects.

A similarly nomadic spirit informs his creative imagination. Jones's excellent new novel, Hand Me Down World, works like a game of literary pass-the-parcel. Its peripatetic plot describes a poor, young African woman, exploited by the father of her child and then by human traffickers, and her journey from the Arabian Sea to Germany in order to find the baby that was stolen from her. Her journey and character are largely constructed through the eyes of others: a co-worker at a luxury hotel, a brutish, self-deluding lorry driver, an elderly snail-collector, a kindly anarchist, an ageing blind German with a dark family secret, and a New Zealand scientist researching lungfish fossils. Even the name she uses, Ines, comes from somebody else.

It is a daring and emotionally involving device that enhances our sense of Ines's vulnerability in the face of an arbitrary world: she is defined as an illegal alien, a sex object, a servant, a beggar, but also a friend, a lover and a guide. "The whole notion of hand-me-down is that this person is not in charge of her own story," Jones says. "She's part of this large wave of faceless, dislocated people washing over Europe. She doesn't have a name. At times she's not even a person."

Jones comes across as pleasingly contradictory, immensely thoughtful and rather old-fashioned. Tall and physically imposing, he looks like a rugby player – which, in fact, he was during his early years – but discusses life and literature like a wide-eyed Romantic. Endlessly curious about the world around him, he has few illusions about its dark sides: not for nothing is Hemingway an influence.

Nor is it a surprise when Jones defines writing as an act of exploration. "This isn't a personal journey," he says. "But exploration is a good word, as I'm never sure where I am going. I am often surprised by what I know. You often hear that novelists should only write what they know. I think that's absolutely nonsensical. Should I only write about being a 55-year-old Antipodean? I'm pretty good at riding a bike. Should I write about that?"

Jones's seemingly innate optimism must have received a considerable boost from the fairy-tale triumphs of his recent career. He had written seven books before Mister Pip. Having previously earnt more critical than commercial success, Jones supported himself and his family (he has an ex-wife and three adult children) with a day job in journalism. This was how he first encountered Bougainville: in the late 1980s, he covered the inception of the island's internal conflict.

It took two decades, and 11 false starts, before he wove the island into a novel – 300,000 copies later, and Mister Pip had turned Jones into an overnight success after 30 years of trying. The bookies' favourite for the 2007 Man Booker (he lost to Anne Enright's The Gathering), Jones won the Commonwealth Writers' Prize and New Zealand's Montana Medal for Fiction and Poetry. "I did know it was good," Jones says now. "The writing was effortless rather than clawing my way to the finish. But I never anticipated that it would sell in 38 countries."

Jones found the circus that accompanied success slightly harder. "It was pretty gruelling. A lot of people enjoy the performance thing, but I feel slightly diminished by it." He sighs. "It was like a year of endless school prize-givings. Writing is the real reward, the adventure of stitching together a story."

Hand Me Down World came to Jones's rescue. Inspiration arrived during a year's writer's residence in Berlin. As Jones walked the city, several ideas coalesced: his interest in how Germany was coming to terms with its past, especially the Holocaust; the feeling of being swept along on a tide of modern German optimism as the national football team reached the final of Euro 2008; and his observations of the Roma begging outside the train station in Alexanderplatz.

He became fascinated by the mixed feelings the Roma inspired: guilt and charity mixed with anger and prejudice. "It was this moral circuit. You think, 'I should give them some money. But I don't want to. Why? Because I've been annoyed to be approached in this way.' It has a theatrical element because it's so public."

Full review can be read at The Independent.
Note - cover image above is the UK edition published by John Murray. In NZ the title is published by Penguin Books, and in Australia by Text Publishing.
They all have different covers which can be viewed here.
Posted by Beattie's Book Blog at 6:31 am