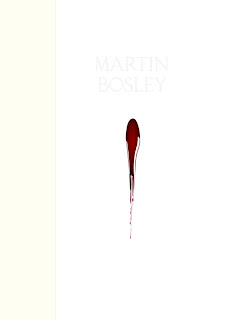 There would be no argument with placing Martin Bosley amongst the very top of the list of innovative and accomplished New Zealand chefs. Like all real stars of the kitchen it has taken years of hard slog to claim his niche position as the leading restaurant chef of the Wellington culinary scene. He inspires many cooks and professionals throughout the country and overseas with his regular writing in various magazines.

So it’s no surprise that his new cookbook, eponymously named ‘Martin Bosley’, as is his waterfront restaurant, is a magnificent volume that has been produced with style and elegance. It’s a handsome book to drool over, bound in a stark white hard cover that seems like an empty canvas belying the luscious food within. Jane Ussher’s crystal clear photography breaks new ground for cookbooks (how hard could it be to shoot 19 different tartares and make them all look as fresh as the dew at dawn?) with the food so graphic that a child would probably want to pick it up from the page.

Bosley’s text is illuminating and gives us real insights into the innovation, passion and depths of flavour that emanate from his kitchen. He’s generous too. He has written about his staff, past and present, his suppliers, and his mates who have supported him through the years on his path to the top. His stories of his days of the much loved and lamented Brasserie Flipp are particularly poignant and his honesty is heart-warming as he describes himself as a rather angry and arrogant young chef of the time.

The food ranges from the more bistro-style recipes that were the menu favourites at Flipp, through to cocktails, amuse-bouches, the afore-mentioned tartares, main courses and desserts he now serves at his restaurant perched above the Port Nicholson Yacht Club. It’s all food that any chef would envy, and it will be appreciated by diners who wish to ponder over their meals long after they leave the restaurant. It is however really sophisticated cuisine, and I can imagine that an accomplished home cook would still take hours to prepare many of his dishes. It’s dramatic fare, with streaks, strikes, and strokes of flavour audaciously embellishing the plate.

That said, a cook could break the recipes down, for all the components of the dishes served at Martin Bosley are given their own little recipe within the recipe. Some will not work without the specialist equipment and the skilled staff that are required to produce this truly avant-garde restaurant food, but there’s still plenty of tempting stuff that even I may try if I can find fish fresh enough, or am presented with truffles, caviar or lamb’s tongues.

And my favourite part of the book? The utterly stunning full page portraits of everyone connected with the restaurant. They are amazing! (see below). 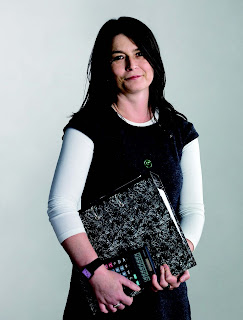 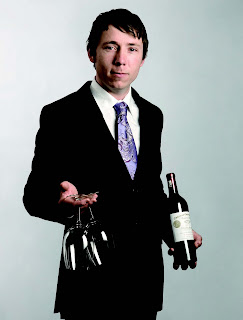 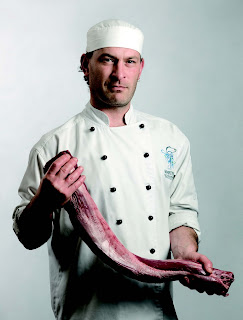 
About the reviewer:
Lauraine Jacobs, current President of the NZ Guild of Food Writers, is an internationally respected food and wine writer and author of several cookbooks and one travel book, Matakana. Trained at the London Cordon Bleu School she has been writing on all matters culinary for more than 20 years, starting as food editor of Fashion Quarterly in the late '80s, and served as food editor for Cuisine magazine until 2009. Her bestselling cook book, The Confident Cook, is a much loved and used book in many New Zealand homes. She was editor of A Treasury of New Zealand Baking which has raised more than $28,000 for the Breast Cancer Foundation, and in 2010 worked with NZGFW members, editing a new book Comfort, Food to Share from which all royalties will benefit the Starship Foundation. 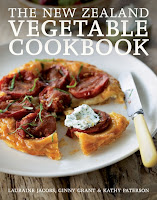 I saw it today - and the photography is amazing!

I have to say the cover puts me off this book somewhat. Being a crime novelist and forensic person, it reminds me too much of blood spatter dripping down the wall!!!

PS. My word verification was jungless - is that when you've lost your psychotherapist?!!!