Our Unlettered Landscape - The Lost Art of Reading

THE LOST ART OF READING 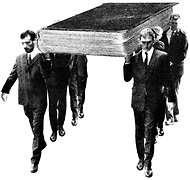 
“We come to books,” David L. Ulin writes in “The Lost Art of Reading,” “to be challenged and confounded, made to question our assumptions.” With this principle in mind, here is the news that Ulin brings in this slim, meandering book: that reading is “an act of contemplation”; that such an act becomes more difficult in “our overnetworked society, where every buzz and rumor is instantly blogged and tweeted, and it is not contemplation we desire but an odd sort of distraction”; that the analphabetic anger of anonymous Internet comment threads is emblematic of a “degraded cultural conversation” in which “the ability to carry out a logical argument” has been lost; that technology brings a boon but also a burden: “We are never disconnected, never out of touch”; and lastly, coming full circle, that in this “landscape of distraction,” reading becomes not just an act of contemplation but one of “resistance.”

All of which is true enough, but that’s precisely the problem. While I occasionally disagreed with Ulin’s book, I wasn’t once challenged or confounded or even surprised by it. In fairness to Ulin, one could object that I’m not the book’s intended audience, convinced as I already am of “why books matter in a distracted time.” But this objection deepens the problem. If a friend who has fallen away from the habit of reading for pleasure (or else never acquired it) should ask me what to read, I can choose from a nearly endless shelf, tailoring my recommendation to her particular interests and tastes. If — less likely — she should ask me how to read, my options are fewer but still plenty. James Wood’s “How Fiction Works” is as good a primer on engaging with literary fiction as one could want; Zadie Smith’s recent “Changing My Mind” and similar collections of essays and reviews by Cynthia Ozick and Daniel Mendelsohn offer the opportunity to listen in while a great reader goes about the task. But if my friend should ask me why to read — whether to read — it would only beg the question to respond by handing her a book. If those of us who already take most of Ulin’s conclusions as articles of faith are not his intended audience, who exactly is?

Ulin is a critic for The Los Angeles Times and formerly the newspaper’s book editor, and “The Lost Art of Reading” began life last year as a brief essay in that paper. The essay was widely circulated and discussed, mostly by way of e-mail and blog referrals — a fact that might have made Ulin question his assumptions (though apparently it did not). Now Ulin has spun his essay out to book length, mostly by way of autobiographical material about his life as a reader and his relationship with his reading-­resistant son, Noah. There are also political observations, largely of a piece with the rest of the book. Thus, we are told that the primary battle between Hillary Clinton and Barack Obama — “without a white man in sight” — was “truly revolutionary.” During the general election that followed, we are told, Sarah Palin rather than John McCain “came to represent the anti-Barack Obama.” We are told that politicians now regurgitate talking points on “The View” and “The Oprah Winfrey Show.” And Ulin suggests this might all be otherwise if only more people practiced the lost art.

Full review at New York Times
Posted by Beattie's Book Blog at 10:41 am