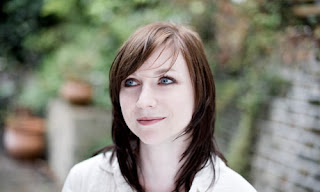 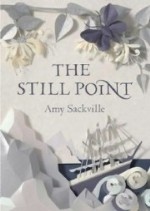 First-time novelist Amy Sackville was hailed as "a writer of seemingly limitless promise" this evening, as her book The Still Point took the John Llewellyn Rhys prize.

The chair of the judges, Claire Allfree, told guests at the award ceremony in Piccadilly that Sackville "took our breath away" with her use of language, while fellow judge Bidisha predicted that the young writer would go on to win "dozens of other awards internationally" in her career.
The £5,000 John Llewellyn Rhys prize rewards the best work of literature by a UK or Commonwealth writer aged 35 or under, and has marked out many who have gone on to become major literary figures, including V S Naipaul, Angela Carter, Margaret Drabble and David Hare. Last year's winner was Evie Wyld, awarded for her debut novel After The Fire, A Still Small Voice.

The Still Point tells of a spirited young bride, Emily Mackley, left waiting after her husband, Edward, disappears during a doomed attempt to reach the north pole at the turn of the 20th century. For 60 years Emily preserves her husband's memory and sacrifices her own dreams as she stoically continues to await his return – only to face the eventual discovery in the Arctic of his frozen, preserved corpse.

Emily's story is interwoven with that of her great grand-niece Julia, who inherits Emily's home, which has remained a memorial to the lost husband. But as Julia explores the diary Edward wrote during his journey – recovered with his effects – she uncovers an old family secret which forces her to reassess her own life.

Sackville's prose style has been widely remarked on by critics, who have identified a "startling originality" and "beautiful" restraint.

Allfree praised Sackville's "ambitious, beautifully constructed" book, saying: "It has a huge imaginative scope. It tells its story in unexpected, subtle ways and her use of language took our breath away. She is a writer of seemingly limitless promise and, amid some tough competition, a thoroughly deserving winner."

Sackville received a cheque for £5,000. Shortlisted, and receiving £500 apiece, were Kei Miller for A Light Song of Light, Nadifa Mohamed for Black Mamba Boy, Daniel Swift for Bomber County, Susan Fletcher for Corrag and Cordelia Fine for Delusions of Gender.

The Still Point is published by small publisher Portobello, and its win continues the trend which has seen independents take a number of high-profile prizes internationally this year, including, most recently, Canada's Giller prize and America's National Book Awards fiction prize.

And a review in The Independent.
Posted by Beattie's Book Blog at 6:36 am