8:15 Caldwell Esselstyn
Dr Caldwell Esselstyn is a surgeon at the Cleveland Clinic, one of the top four hospitals in the United States, and is the author of Prevent and Reverse Heart Disease (Avery). He treated former US President Bill Clinton, who has now embarked on a plant-based diet after undergoing a heart procedure earlier this year. Dr Esselstyn is visiting New Zealand to speak at the biennial Coronary Health Improvement Programme summit (Rotorua, 28 November), on how oil, dairy and meat exacerbate the thickening of the walls of arteries, triggering heart disease.
www.heartattackproof.com/
www.chip.org.nz/assets/284316

9:05 Andrew Coy
Dr Andrew Coy is a physicist, and CEO of New Zealand technology company Magritek, creating innovative products in the fields of Nuclear Magnetic Resonance (NMR) and Magnetic Resonance Imaging (MRI). He is a member of the five-person Magnetic Resonance Innovation team led by Professor Sir Paul Callaghan, which has just been awarded the 2010 Prime Minister's Science Prize of $500,000.
http://www.magritek.com/
www.pmscienceprizes.org.nz/about/winners_2010/index.html 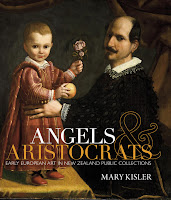 Mary Kisler is the Mackelvie Curator of International Art at the Auckland Art Gallery Toi o Tamaki, and the author of Angels & Aristocrats: Early European Art in New Zealand Public Collections (Random House). She will discuss the exhibition by sculptor Ron Mueck at the Christchurch Art Gallery (to 23 January 2011). Images from the book are available for view by clicking on the Art on Saturday Morning link on the right hand side of the Saturday Morning web page.
www.aucklandartgallery.com/
http://christchurchartgallery.org.nz/exhibitions/ron-mueck/
www.radionz.co.nz/national/programmes/saturday/gallery

10:05 Playing Favourites with Ian Gwynne-Robson
Ian Gwynne-Robson is a doctor at Te Omanga Hospice, and the organiser of Ain't No Mountain High Enough: A Wellington Hospices Concert, which has the aim of showing, with music, the hope and healing which can happen at the end of life. The benefit concert will feature a large cast of local musicians at The Opera House in Wellington (28 November).
www.teomanga.org.nz/Article.aspx?ID=1347

11:10 Dan Nocera
Daniel G Nocera is the Henry Dreyfus Professor of Energy and Professor of Chemistry at the Massachusetts Institute of Technology, and an international leader in the chemistry of renewable energy. His research group's development of inexpensive catalyst materials that can be used to produce hydrogen fuel using only water and sunlight, led to him being named as one of TIME magazine's 100 most influential people of 2009. He visited Wellington to give a plenary lecture at the Asian Photochemistry Conference and a talk at the MacDiarmid Institute.

11:40 Will Martin
New Zealand-born singer Will Martin is the youngest tenor to debut at # 1 in the UK Classics Charts, with his 2007 debut album A New World, a contemporary take on classical music which achieved double platinum sales in New Zealand. His new album, Inspirations, a classical take on contemporary music recorded with the City of Prague Philharmonic Orchestra has just been released, with $1 from the sale of every album before Christmas donated to the Breast Health Foundation. He will headline A Night of Good Will at the annual Look Good, Feel Better charity fundraiser at St Matthews in the City, Auckland (4 December) in advance of a February 2011 national tour.
http://www.willmartinentertainment.com/
www.lgfb.co.nz/

On Saturday 27 November 2010 during Great Encounters between 6:06pm and 7:00pm on Radio New Zealand National, you can hear a repeat of Kim Hill's interview from Saturday 20 November with former Australian Prime Minister John Howard.