Sales of the recent winners of Galaxy National Book Awards jumped by an average of 85% week-on-week last week, according to Nielsen BookScan data, led by the massive 443% jump enjoyed by Sainsbury's Popular Fiction Book of the Year winner David Nicholls' One Day (Hodder).

The book sold 21,404 copies across all editions last week, up from 3,941 the previous week, helped by the fact that the book has also enjoyed national press coverage recently—most notably in the Sunday Times (which looked at its word-of-mouth popularity) and Telegraph (which chose it as one of their books of the year for Christmas).

Sales of Andrew Marr's The Making of Modern Britain (Pan), which won the More4 Non-fiction Book of the Year award, jumped 63% week-on-week to 1,416 copies sold, while sales of Edmund De Waal's The Hare with Amber Eyes (Chatto), the winner of the National Book Tokens New Writer of the Year gong, jumped 34% week-on-week, to 1,193 copies sold.

In terms of overall sales, the recipient of the Tesco Biography of the Year award, Stephen Fry's The Fry Chronicles (Michael Joseph), was the second bestselling book of the week, behind Nicholls, with a seven-day sale of 16,985 copies across all editions—up 17% week-on-week. Julia Donaldson's Zog (Alison Green), the children's winner, was the third bestselling book of the week with a weekly sale of 6,292 copies (up 20% week-on-week).

Jonathan Franzen picked up the Galaxy International Author of the Year award for Freedom (Fourth Estate), and enjoyed a 23% 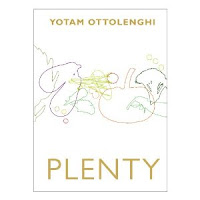 fillip (to 2,232 copies sold), while the surprise winner of the Tesco Food & Drink Book of the Year award, Yottam Ottolenghi, saw sales of his winning book, Plenty (Ebury), jump by a third week-on-week, to 1,264 copies sold.

However, the winner of the Waterstone's UK Author of the Year category, Hilary Mantel, witnessed sales of her Wolf Hall (Fourth Estate) drop by a massive 65% week-on-week from 7,530 to 2,663—the reason being that in the previous week its sales were boosted by a spot in W H Smith's "£2.99 if you buy the Times" link-save promotion. It's post-win 2,663 sale was in fact up 49% on the week before it entered the W H Smith promo. 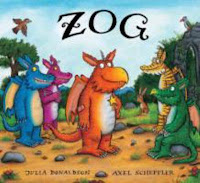 One Day, The Fry Chronicles, The Hare with Amber Eyes, and Zog were all among the top 20 bestselling books at independent bookshops last week, according to BookScan.
Posted by Beattie's Book Blog at 7:24 am