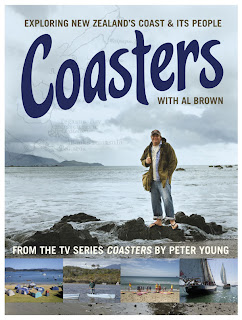 Fisheye Films, with Al Brown
Random House - RRP: $49.99
“The wonderful thing about the coastline is that as each tide draws back, it takes away any indication of what happened between tides. So, if you’re lucky enough to be making the first footprints as you walk down the beach in the morning, it may be easy to imagine what it might have been like when Maori or early European settlers first stepped onto the shores of Aotearoa”— Al Brown

In one way or another, every New Zealander has a connection with our country’s coastlines. Based on the soon to be aired TV One series, Coasters takes us on a guided journey of our magnificently beautiful and diverse coastline — each area unique for its richness of stories and characters, landmarks and landscapes.

Describing his journey as an experience of other people’s special piece of the coast, host Al Brown discovers who we are and where we come from through the coastal connections and captivating stories of people that he encounters along the way.

Al gets to know the locals, listening to their stories and sharing their love of the area. Focusing on a different coastline in each chapter, Al explores an array of both populous and remote areas from Wellington’s Pencarrow to Westport Harbour’s ports to the Bay of Islands’ Cape Brett.

Written by Peter Young — the producer of Coasters and Hunger for the Wild — Coasters is adorned with stunning photography and looks at key influences on the areas: the way the weather and tides have shaped the landscape, the integration of the wildlife and fisheries into locals’ everyday lives and the history that has shaped what is seen today.

Al takes the best fresh ingredient from each stretch of coast and shares with us a simple recipe that best reflects each area he visits. These delicious recipes which will leave your mouth watering.

Al Brown, the presenter of Coasters, is the author of the very successful, award winning cook book Go Fish, co-owner of Logan Brown restaurant and co-host of the Hunger for the Wild television series. Al is also a culinary ambassador for the New Zealand Trade & Enterprise, representing NZ cuisine internationally since 2003. 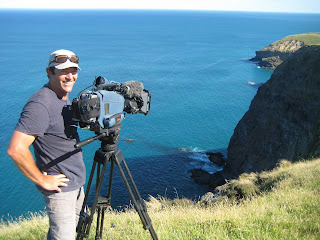 Every stretch of coast — even the most remote and isolated coasts, have a wealth of fascinating tales that collectively speak volumes about where we come from and who we are — Peter Young, Fisheye Films (pic left)

Several shots below to give you some idea of the stunning photography throughout the book. 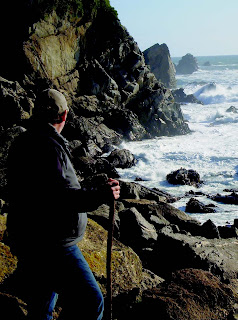 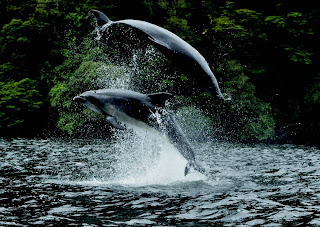 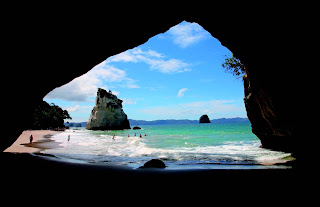