Jan has created a pop-up Nativity book, reflecting the wonder of Christmas. It unfolds to create a traditional carousel, with each spread a snowy-white, cut-paper scene springing out from the background.
One for the children's bedroom. Quite beautiful

I once had the great pleasure of having dinner with Jan at a Penguin Confrenece in the UK, He is as charming as he is talented!

He co-founded the greetings card company, Gallery Five. He worked in advertising, publishing, and doing graphics for the BBC children's TV series Watch! In his spare time, he started to illustrate books for children. The books took over. He won the Library Association Kate Greenaway Medal in 1972 for his silhouette illustrations to Joan Aiken's The Kingdom Under The Sea and again in 1980 for Haunted House. He was to use his silhouette technique to dramatic effect in other books like the Fairytale Library.

Jan pioneered the modern Pop-up book with Haunted House (subsequently on CD-Rom), Robot, Dinner Time, Good Night and 18 others of which The First Noel is the latest. 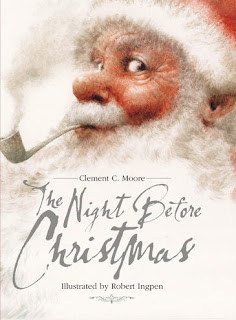 One of the oldest (written in 1822) and most famous of Christmas stories of course but this one brillianly illustrated by Robert Ingpen, one of the greatest Australian children's illustrators. I have seen many editions of this book over the years but this is far and away the best yet.
Interestingly Robert Ingpen and Jan Piekowski (above) were both born in 1936. I wonder if they have ever met? Probably not but you can bet they will know of each other's work. I give them both the rank of genius.
Among Robert's awards are:
Award for illustration, Children's Book Council of Australia, 1975, for Storm-Boy; award for illustration, International Board on Books for Young People, 1978, for The Runaway Punt; Hans Christian Andersen Medal, 1986; Dromkeen Medal, 1989; honorary doctorate of arts, Royal Melbourne Institute of Technology, 2005. 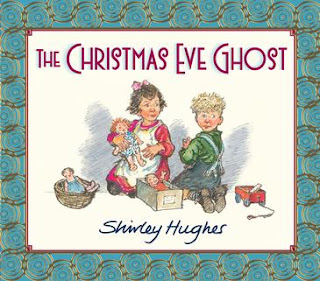 A classic portrayal of childhood form another of the world's greatest illustrators. 1930s Liverpool is brought alive in this inspiring tale that recognises the richness of human kindness, even in times of hardship and poverty.

Shirley Hughes has illustrated more than 200 children's books, I remember reading some of them to my own kids many many years ago.
She has won the Kate Greenaway Medal twice, and has been awarded the OBE for her distinguished service to children's literature. In 2007, Dogger, was voted the UK's favourite Kate Greenaway Medal - winning book of all time. 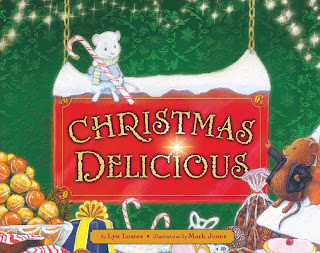 Auckland-based novelist Lyn Loates surprised me by producing this marvellous rhyming text story about two lucky mice, Raisin and Rice, who live in the storeroom at Zanzibar's Deli which is filled to the rafters with mouth-watering treats.She is of course best known as a journalist with her impressive first novel, Butterscotch, being published last year.

Mark Jones, a leading US illustrator has produced the most beautiful artwork. Author and illustrator have combined their considerable talents to produce a joyous tale about caring and sharing, food and friends, and all the treats of the season. Stunning.
The publishers have kindly agreed to let me post several pieces of Mark Jones' art which will give you an idea why I am so excited about this book:

Footnote:
Here is a US review I came across.

I looked for CHRISTMAS DELICIOUS this morning and Whitcoulls had not heard of it. You may have to become a mail order company as well Graham when you write such great reviews.

Tom Beran tells me they committed well to this gorgeous title, so Dear Reader in Grey Lynn and The Booklover in Takapuna both stock it.