Literary Criticism: 'The Naive and the Sentimental Novelist' 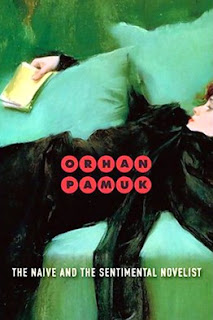 As a young man the Turkish novelist Orhan Pamuk painted seriously and dreamed of becoming a professional artist.
This early passion shows in "The Naive and the Sentimental Novelist," an engaging but sketchy account of the novel as an "essentially visual" literary form. Novels, the Nobel Prize winner argues, consist of "ordinary human details which are quite often visual details," strung in sequence like beads on a necklace. An author's first task is to evoke each image as precisely as possible in the reader's mind, because it is the immediacy and realism of this welter of detail that gives the novel its uniquely immersive quality.

The proper subject of the novel thus becomes, in Mr. Pamuk's view, not people's moral character but the sensibility revealed in how they react to "the manifold forms of the world—each color, each event, each fruit and blossom." The features of a character's physical and social environment, in turn, must be a "necessary extension" of their inner "emotional, sensual, and psychological world." The snowflakes that Anna Karenina watches from a train "reflect the mood of the young woman to us."

In these essays, originally presented as the Charles Eliot Norton lectures at Harvard last year, Mr. Pamuk shows himself to be at the very least an excellent reader, and his enthusiasm for his favorite novels (especially "Anna Karenina" but also "Moby-Dick" and "The Magic Mountain") is winning. He also touches on the work of many earlier critics, including Nabokov, E.M. Forster and Friedrich Schiller, whose 1795 essay "On Naïve and Sentimental Poetry" inspired his title. But Mr. Pamuk's own attempts at theory can be frustratingly vague.